Why You Should Compost Your Christmas Tree 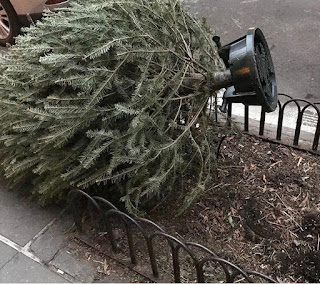 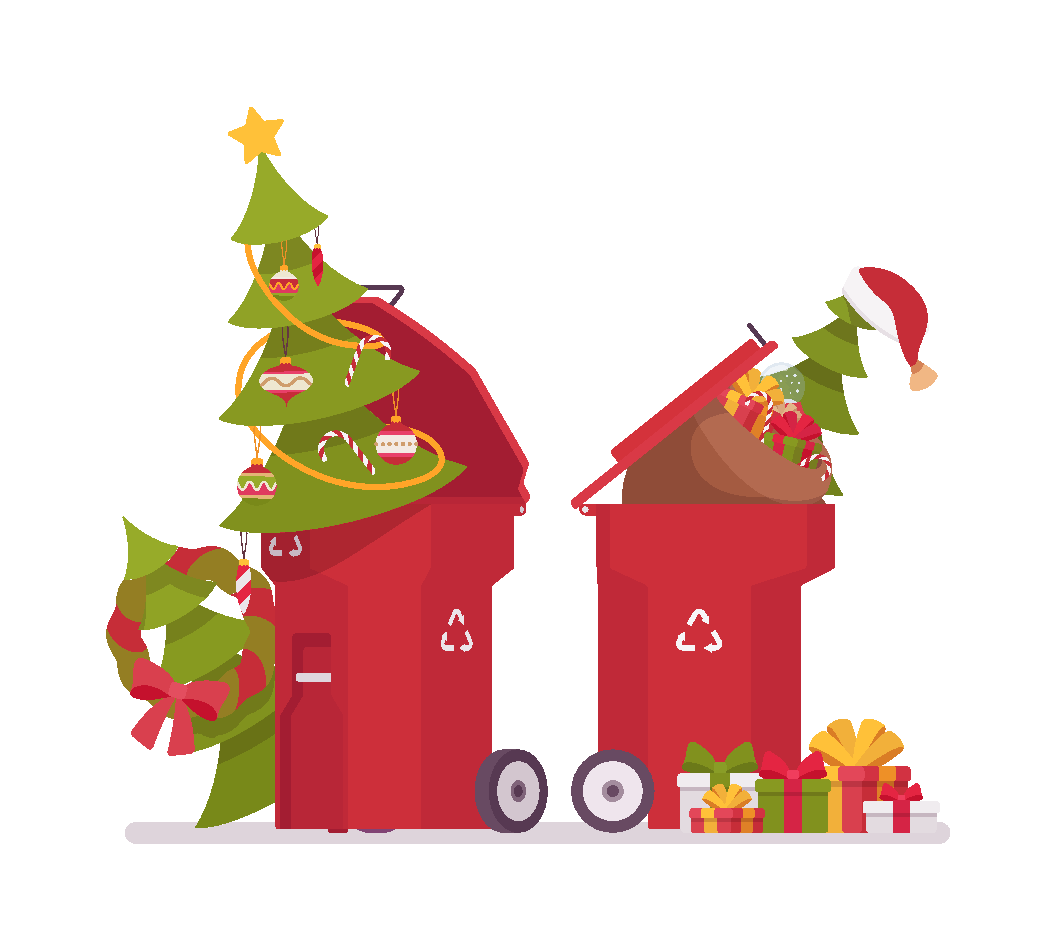 According to research conducted by London Cleaning System, a staggering six million Christmas trees end up in UK rubbish clearance each year.
Add that to the more than 50 million Christmas trees in Europe and 35 million in the US alone and that’s a lot of compostables.
Here in New York, there is an annual Mulchfest where you can drop off your trees or leave curbside and the NYC Department of Sanitation will collect and recycle for residents.
We readily promoted this during my time as Director at Brooklyn Botanic Garden. It’s a great program.

In the UK, unless the neighborhood councils have an alternative plan in place, such as mulching them, most of these Christmas trees get taken to one of the landfills.

As the UK-based firm Clearabee pointed out to me with their content here, the trees then get buried under other layers of rubbish, causing them to decay slowly in anaerobic conditions. As it rains, water soaks through the rubbish clearance layers, creating sludge called "leachate." When this happens, methane gas is produced which has several negative effects on the environment.

Therefore, it is always better to compost your Christmas tree.

The background details are grim. According to Clearabee, methane gas is also highly explosive, even when it is underground. As water seeps into a landfill, pockets of methane gas move around as a "bubble" inside the fluid water. If there are buildings or other structures nearby, such as a playground equipment, this methane gas could actually cause an explosion strong enough to take these structures out. While many people discard their Christmas tree in their rubbish clearance, they rarely actually know about the unintended harmful consequences of doing so. It's important that more people realize the environmental consequences, and even dangers, of simply tipping their Christmas tree. It's far more safe to compost it!

There's actually another major hazard that Christmas trees can cause in landfills. Just like the branches you trim from your rose bushes, as Christmas trees rot in the landfills, and they mix with the water that soaks into these places, the resulting "leachate" that is created is highly acidic.

Thus, the Christmas trees significantly raise the acidity of the landfill. This has the negative effect of causing some of the worst toxins in the landfill, such as polychlorinated biphenyls (PCBs) and heavy metals lead and cadmium, to become more mobile.

As this happens, these dangerous toxins can leave the landfill, become mixed into the groundwater, and then spread to creeks, rivers, and even human drinking supplies.

Therefore, saving your Christmas tree from an all too common rubbish clearance fate is a noble act of kindness to the environment, to wildlife, and to all your fellow humans.

To compost your Christmas tree, simply cut it up and mix it with brown matter such as dead leaves and newspaper.

You'll also need to add in soil to introduce the microbes that help break down the tree and other organic material into humus plus some water.

As with all compost, stir it good at least once a week to give the microbes oxygen.

I love these suggestions - and pass them on with great enthusiasm!

“If you want to wait before composting your Christmas tree, you can simply set it in your garden to serve as winter habitat for birds. They will hide within the branches to stay away from predators.

You can also put stringed popcorn on the tree to give them something to eat. Some people actually take the needles off and then use the ‘skeleton’ of the tree to raise peas or beans on as the tendrils of these plants love to climb on the many branches.

Other uses for Christmas trees instead of sending them to the landfill include “using Christmas trees as mulch and spreading this natural mulch on pathways in parks and playgrounds.

You can also use the mulch to protect your plant roots from freezing in the winter and drying out in the summer.”

In the UK, Clearabee will also pick up the trees. Clearabee has a good track record of keeping things out of the landfill and they can find a good place for your Christmas tree where it will be recycled rather than “rotting” in the landfill.

Remember, being responsible about what you do with your Christmas tree after the holiday season is a good way to start the year. If you have kids, be sure to explain to them why you are being so careful about what happens to the Christmas tree.

Posted by Garden Glamour at 9:09 PM