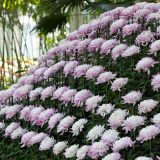 Kiku is, in fact, the Japanese word for “chrysanthemum” ~ the most celebrated of all Japanese fall-flowering plants.

For me? I so often “rescue” chrysanthemums from suburban cast-offs left on the street for pick up near our country house and guess what? They rebloom gloriously.  The variety of colors and bloom types are a perfect way to mark the season.

I also feature the blossoms as a pretty Garden-to-Glass, Kiku Cocktail Garnish!

But for the real chrysanthemum art, running now, is The New York Botanical Garden’s unforgettable presentation of Kiku, painstakingly trained to grow in a mesmerizing variety of forms and sizes, that pays homage to hanami, the traditional Japanese custom of enjoying the ephemeral beauty of flowers. 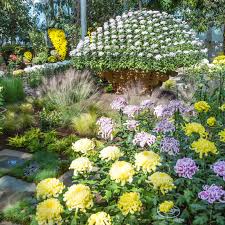 The New York Botanical Garden’s (NYBG) distinctive and acclaimed fall exhibition, Kiku: The Art of the Japanese Garden, returns to the Enid A. Haupt Conservatory from October 1 through 30, 2022, with magnificent displays of chrysanthemums in awe-inspiring shapes and styles.

Here you can see the culmination of meticulously trained kiku.

(Horticulturists often joke that the Japanese and French ~ think espalier ~ have perfected the means to”torture” plants into ever-more distinctive, some say artful, displays.)

Whichever side of the fence, er frame, you come down on, there is no getting away from the drama and beauty of the Kiku show.

Check local listings to see if your local public garden or arboretum offers this rite of Autumn.

If you're in the New York metro area, don’t miss a spotlight on Kiku displays in the Enid A. Haupt Conservatory, featuring Japanese chrysanthemums that have been expertly trained over the past 11 months into modern and ancient styles. Seasonal chrysanthemums in warm, rich colors complement this must-see spectacle.

What a plant performance! Most often they are displayed in a color spectrum focusing on my favorites in design: yellow and purple hues.

Cultivated from tiny cuttings, the plants are pinched back, tied to frames, and carefully nurtured. Flower buds develop as the autumn nights grow longer, and in October the plants burst into bloom, a true celebration of the changing of the seasons.

“Normally” ~ the mums bloom in November, so in order to get the special, seasonal plants to perform for the show, they are “tricked” into blooming earlier with the use of the NYBG team shading and draping the plants throughout the summer growing time - starting around 3 pm, seven days a week.

The exquisite floral sculptures, combined with all of the Botanical Garden’s natural attractions, beckon visitors to indulge in fall’s ephemeral, seasonal beauty.

Intriguing installations of traditional kiku displays pioneered by the chrysanthemum masters at the Shinjuku Gyoen National Garden in Tokyo and re-created by the kiku experts at The New York Botanical Garden, provide the opportunity for you to learn about the fascinating history of this storied flower as it traveled from its native China to Japan and ultimately to the West.

Is it 15 or Sweet 16? The Royal Seal of Japan Boasts Chrysanthemum

Did you know that the chrysanthemum is the official Imperial Seal of Japan?

Well, the truth is that no one was permitted to use the Imperial Seal except the Emperor of Japan, who used a 16 petal chrysanthemum (with sixteen tips of another row of petals showing behind the first row.)

Furthermore, the Crown Prince can only display or utilize a slightly modified version of the seal -- he uses a 15 petal mum.

Power to the Petal!  The emperor is one-petal grander!

You can enrich your Autumn cocktails using mums as a garnish. You can also use the plants in teas and cooking. "The edible flowers are often used as a garden decoration and natural pest control, but they also have culinary applications. Yellow or white chrysanthemum flowers can be boiled to make an herbal tea with a range of health benefits."

I researched a bit and learned: 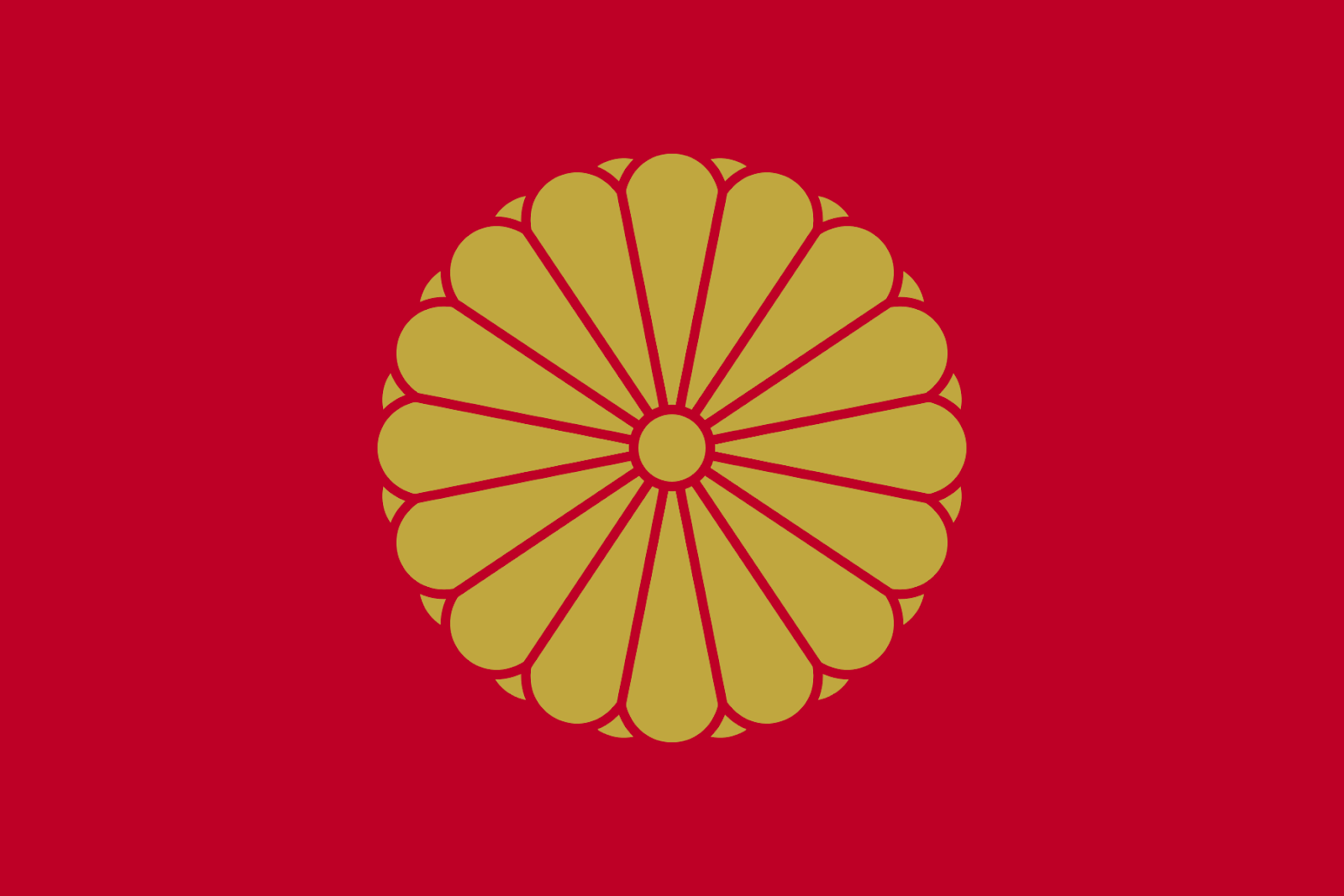 A trip Tip: Remember when viewing and strolling the show that the displays -- with their hundreds of blossoms -- are each growing from one - that’s right - one plant!  Look in the pot or under the cascade and you will see the single stem.

You still won’t believe it -  but it’s true.

It’s like that Groucho Marx line: “Who are you going to believe, me or your lying eyes?”

While there is no doubt the show is jaw-dropping beautiful - it’s not just eye-candy.

This is one horticultural art display that demonstrates the more you know, the richer the exhibit experience is.

Take your time, read the background information and ask the “Roaming Guides” about the history and evolution of Kiku. You will no doubt be enchanted and gobsmacked at the same time -- there are so many cultivars displayed: pompons, English mopheads, spiders, quills, single and double stems -- and more.

During Kiku: The Art of the Japanese Garden, three traditional kiku styles can be displayed in the Haupt Conservatory:

§ Kengai (Cascade): This technique features small-flowered chrysanthemums. They are trained to conform to boat-shaped frameworks that cascade downward like waterfalls for lengths of up to six-and-a-half feet. The result is a burst of hundreds of tightly clustered blooms.

§ Ogiku (Double and Triple Stem): These plants feature enormous individual flowers perched at the ends of stems up to six feet tall.

Visit The New York Botanical Garden for more information on all the offerings during Kiku: The Art of the Japanese Garden and to get tickets.

Till October 15, the Garden continues to celebrate Hispanic/Latinx Heritage Month.

What a glamorous garden addition the chrysanthemum can make to your garden.

And unless you want me to reap the rewards of your seasonal purchase :) ~ plant them after the blooms have faded.

Who knows? Perhaps you too can celebrate your own Kiku.

Posted by Garden Glamour at 7:49 PM