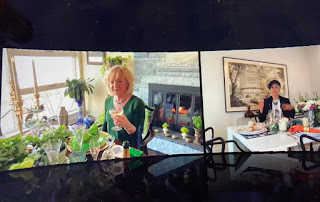 Forget the Ides of March; its spark of a civil  war.

While the month of March is named after the Roman god of war, Mars, I find the month really one of the happiest months of the year.

There’s an abundance of things to celebrate: It’s the start of spring, the traditional partying surrounding St. Patrick’s Day, and then there’s Pi Day -- and the premiere of the year’s celestial Supermoons.

And of course, we salute Women’s History Month and International Women's Day.

But after some thoughtful introspection, I got to thinking…

Then a wee bit more research to support a burgeoning theory. Ultimately, I came full circle to very much embrace the March moniker and its war myth as it related to this blog post.

I found that not only was the Mars altar in Rome dedicated by Numa, the peace-loving semi-legendary second king of Rome; moreover, I read that there is a connection to “a kind of life force or virtue that is an essential characteristic of Mars.”

And then I saw this: “As an agricultural guardian, Mars directs his energies toward creating conditions that allow crops to grow, which may include warding off hostile forces of nature.”

I added the italics to mark the correlation of where I’m going with this.

Clearly, I was feeling ~ and seeing ~ more of the connection and cosmic link to my March 10th, Ladies Who Lunch Conversations special guest.

The incredibly inspiring, visionary community advocate who triumphs over such systemic adversity that would stymie, thwart, or even freeze lesser spirits is Doniece Sandoval, the Founder & Advisor, LavaMaeX

I hope she will forgive me but I now see that Doniece was indeed at a kind of “war” with the lack of providence and care for those not living in a structured home. The “those” are the folks we most often refer to as “homeless.” I recoil from this label. There is so much more to their human condition than a lack of housing but that’s what these people are called so I’ll honor them and the reference in this way.

The point is, Doniece is an acknowledged idealist and activist ~ a warrior ~ who has been consistently recognized for her work “restoring dignity to Californians experiencing homelessness.” Amen.

She talks about when the idea was born and as noted on her James Irvine award, “When she encountered a woman on the street crying, “I will never be clean!” Learning that San Francisco has only 16 public showers for as many as 7,000 people living on the streets, she got to work.

She discovered that San Francisco planned to replace old public buses and promptly crowdfunded $75,000 to secure and retrofit the vehicles with showers and toilets.

Together, we laughed about how when she first reached out for her Go-Fund me campaign, she asked for monies for a “little project” she was starting. I was all in.

You can do it too. 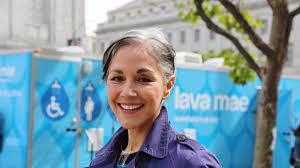 On my Ladies Who Lunch Conversations Facebook video interview you’ll hear and see how Doniece’s assiduous efforts to conceive, create, and construct a means to demonstrably change her community’s streets is no less that kind of life force and essential characteristic of the god, Mars. And that the god ~ or shall we say, Goddess, created conditions that may include warding off hostile forces of nature, well, that’s Doniece! (see how the connections really do resonate?)

Doniece single-handedly produced a concept that she’ll be the first to praise her team for, yet she, nevertheless, brokered the way for the community to become part of the solution.

You will hear and see her journey from idea to overcoming seemingly insurmountable hurdles to achieve success. Granted, it’s a success that needs to be achieved over and over, every day. But Doniece created the template from which her team at Lava MaeX ~ and other committed, socially responsible candidates can follow. 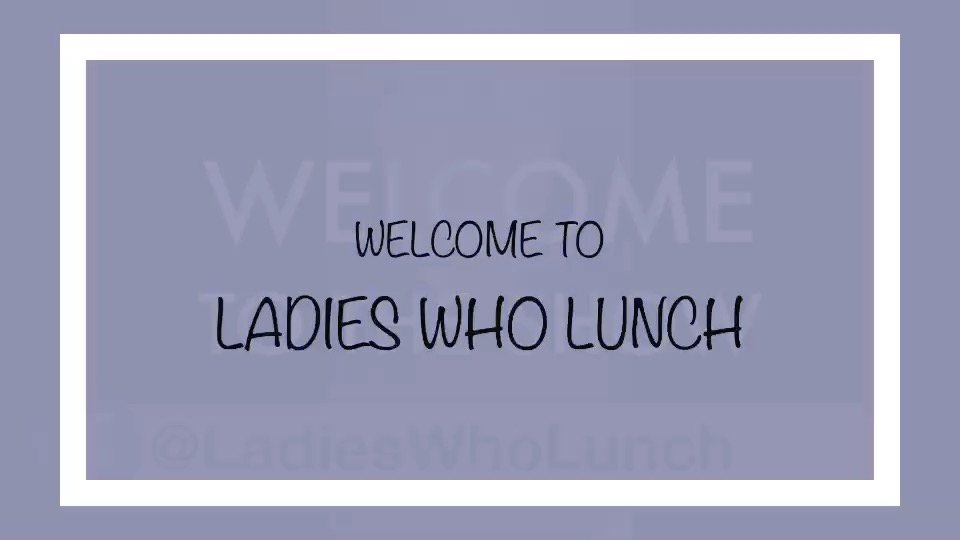 I have been abundantly blessed to know Doniece for many years. Her elegance, strategic thinking, and ultimately, her compassion, are indeed heroic.

She always has been. It’s been a privilege to know her and work with her.

I am so very proud that her story will ennoble and elevate your own perspective. To spur you to take action. To better your community. And in doing so: yourself and your family.

And her concept of Radical Hospitality!

As in every genuine Ladies Who Lunch experience ~ just like we all did meeting up at our homes, gardens, local restaurants, or museums, Doniece and I share some laughs, near-tears about some of her experiences with her “clients” and the unfairness of so much… And a Lightning Round of favorite things. Plus our champagne toasts. I’m still smiling. 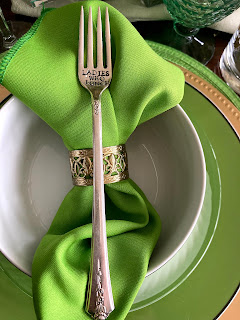 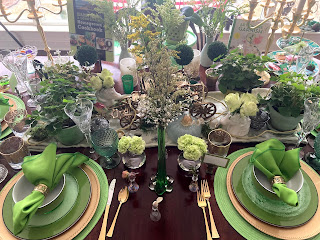 To augment and give you more context to our lovely conversation - and do note Doniece’s charming hat and sublime tablescape!  Doniece Sandoval inspired Lava MaeX’s work to transform the way communities see and serve people moving through homelessness.

She founded the organization in 2013 as a solution to the lack of showers and toilets available to her unhoused neighbors in San Francisco.

According to her incredible bio (trust me, I can’t write this story any better than this! So here is her bio as provided by Lava MaeX: “The nonprofit, then called Lava Mae, started out with two retrofitted city buses and has grown from a three-person team to a staff of 24, with operations in San Francisco, the East Bay, and Los Angeles. In early 2020, Doniece restructured it as LavaMaeX, a nonprofit accelerator that trains communities around the world to deliver street-based services.

Early in LavaMaeX’s development, Doniece conceived the philosophy of Radical Hospitality—delivering an unexpected level of care—based on her belief that opportunity unfolds when people are treated with dignity and that people everywhere will rise to the level of respect they receive. The concept continues to guide LavaMaeX’s work.

Today Doniece is focused on giving communities around the world the tools and knowledge they need to serve their unhoused neighbors. The LavaMaeX DIY tool kit, which launched in 2017, has been downloaded more than 3,000 times from the nonprofit’s buildIt platform, and LavaMaeX has trained, advised, and inspired more than 170 communities to build their own mobile hygiene programs.

A former marketing executive with a long history of community involvement, Doniece moved to San Francisco following two years of volunteering with the Red Cross, helping the survivors of 9/11.

Prior to starting LavaMaeX, Doniece was chief external relations officer for ZERO1, an organization dedicated to showcasing the work of some of the most fertile minds in art, science, design, architecture, and technology. Before that she was head of marketing at the San Jose Museum of Art, where she grew a young adult audience and raised the museum’s brand profile regionally.

She has earned numerous awards and honors for her work with LavaMaeX, including Nonprofit HR’s Women to Watch (2019), a 2017 CNN Hero award, a 2017 James Irvine Foundation Leadership award, and the KIND Foundation’s KIND People Award (2016). In March 2019 she was a Social Entrepreneur in Residence at Stanford University’s Haas Center.

In 2020, Doniece stepped away as LavaMaeX’s CEO into an advisor role. As an expert source, Doniece brings street-seasoned insights to topics such as scaling and replicating a social enterprise or nonprofit; solutions for ending the cycle of homelessness; and how communities can harness the power of collaboration and partnerships to address pressing challenges.”

Pick me up. I’m fainting with pride and bristling with respect for this extraordinary Lady. Cheers to you, Doniece. I humbly thank you for being such an exceptional guest at my Ladies Who Lunch Conversations.

If you are as inspired as I am, and perhaps want to reach out to Doniece, you can find her here on LinkedIn and her Instagram or Lava Mae’s Facebook

Next up: Wednesday, March 31st, I will host the artist and humanitarian, Jordan Robinson.

Cheers to Ladies Who Lunch and our incredible networking and support of our glamorous gal squads.

Some of The lyrics to Ladies Who Lunch:

Here's to the ladies who lunch

Does anyone still wear a hat?

I'll drink to that

Here's to the girls who stay smart

Aren't they a gas?

Rushing to their classes in optical art

Wishing it would pass

A matinee, a Pinter play

Perhaps a piece of Mahler's

I'll drink to that

And one for Mahler

… Just to keep in touch

I'll drink to them

Let's all drink to them

Let's hear it for the ladies who lunch

Thank you. Cheers, my dears.

Posted by Garden Glamour at 7:54 PM