Oh, it was glorious – perfect sneak peek to fall weather, eager design mavens streaming into the New York Design Center (NYDC) building for a day that is so chock-a-bloc with activities that it is surely some design alchemy that renders it possible in a domino or Dwell magazine kind of sleek package.

Kiss, kiss.
Everyone is happy to meet up with their design friends at the sixth annual “What’s New, What’s Next” at 200 Lexington. 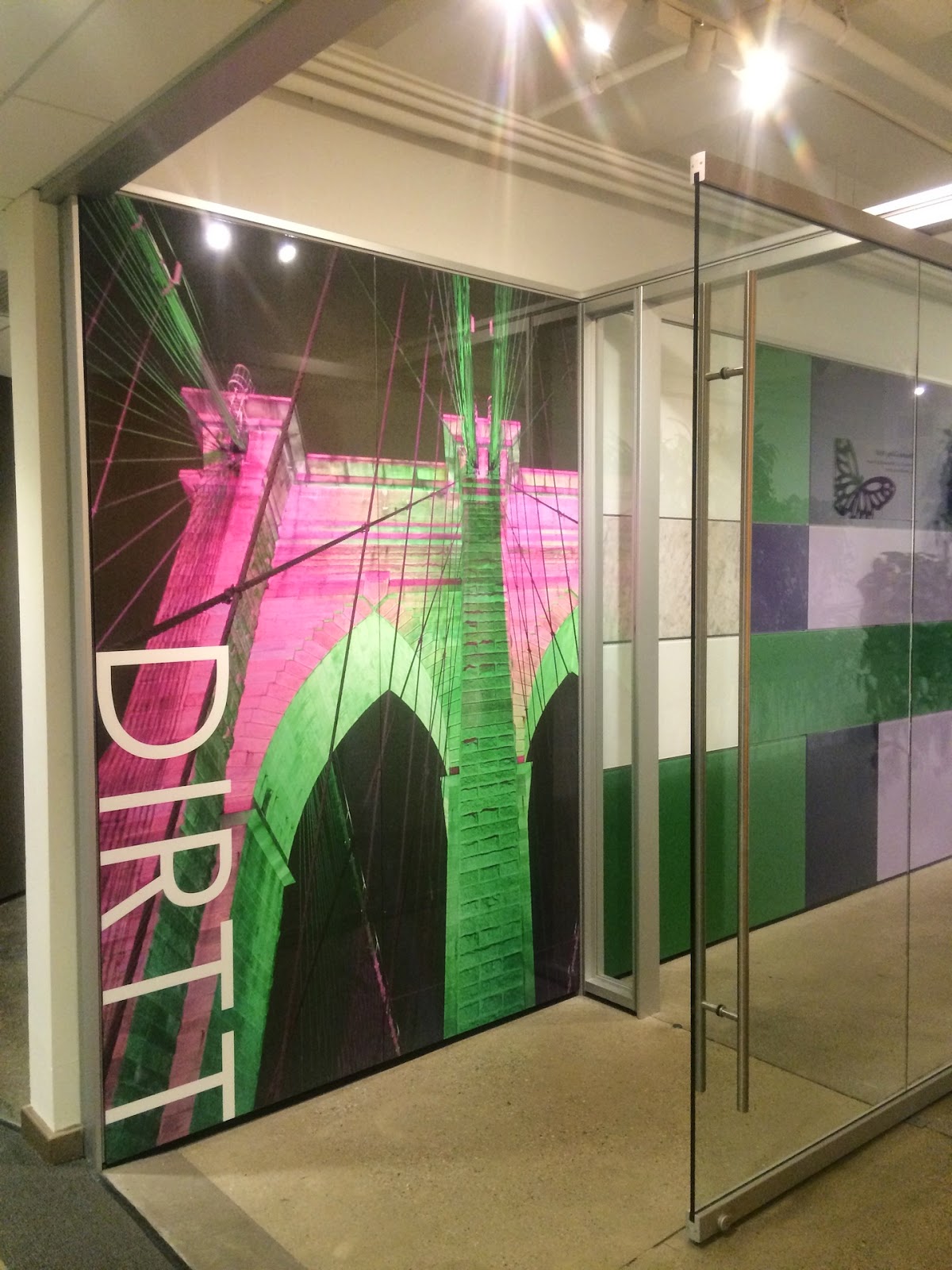 Even the elevators are like a moving salon – with design bonhomie and professional exchanges on what to see and visit. Or not…

There are seminars, book signings, lectures, food and drink, and lots of new product introductions. Every showroom offers a special surprise and artful fetes.

I was there to see and support my garden friend, Virginia Newman from the “creators of distinctive garden pots” company, Pennoyer Newman 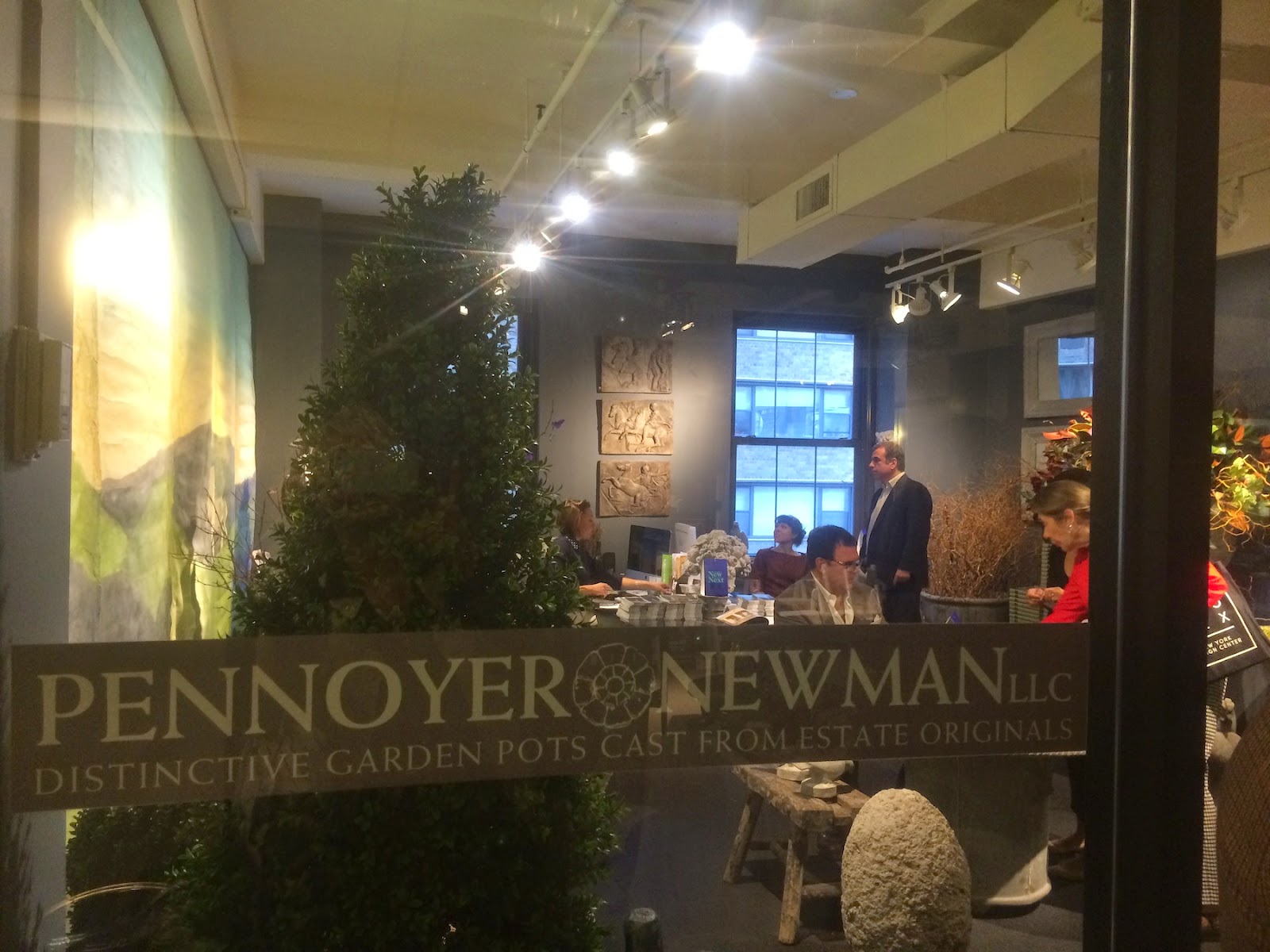 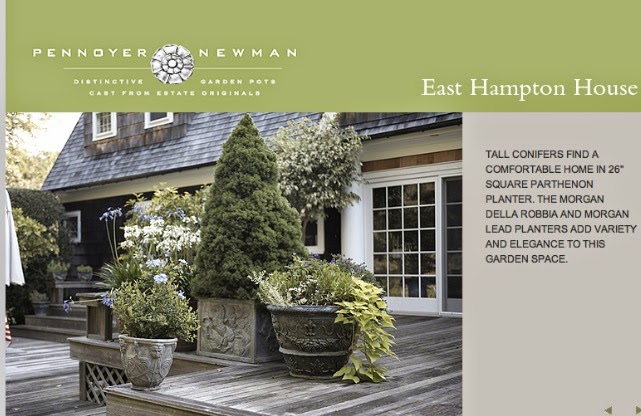 This year, Virginia really outdid herself! 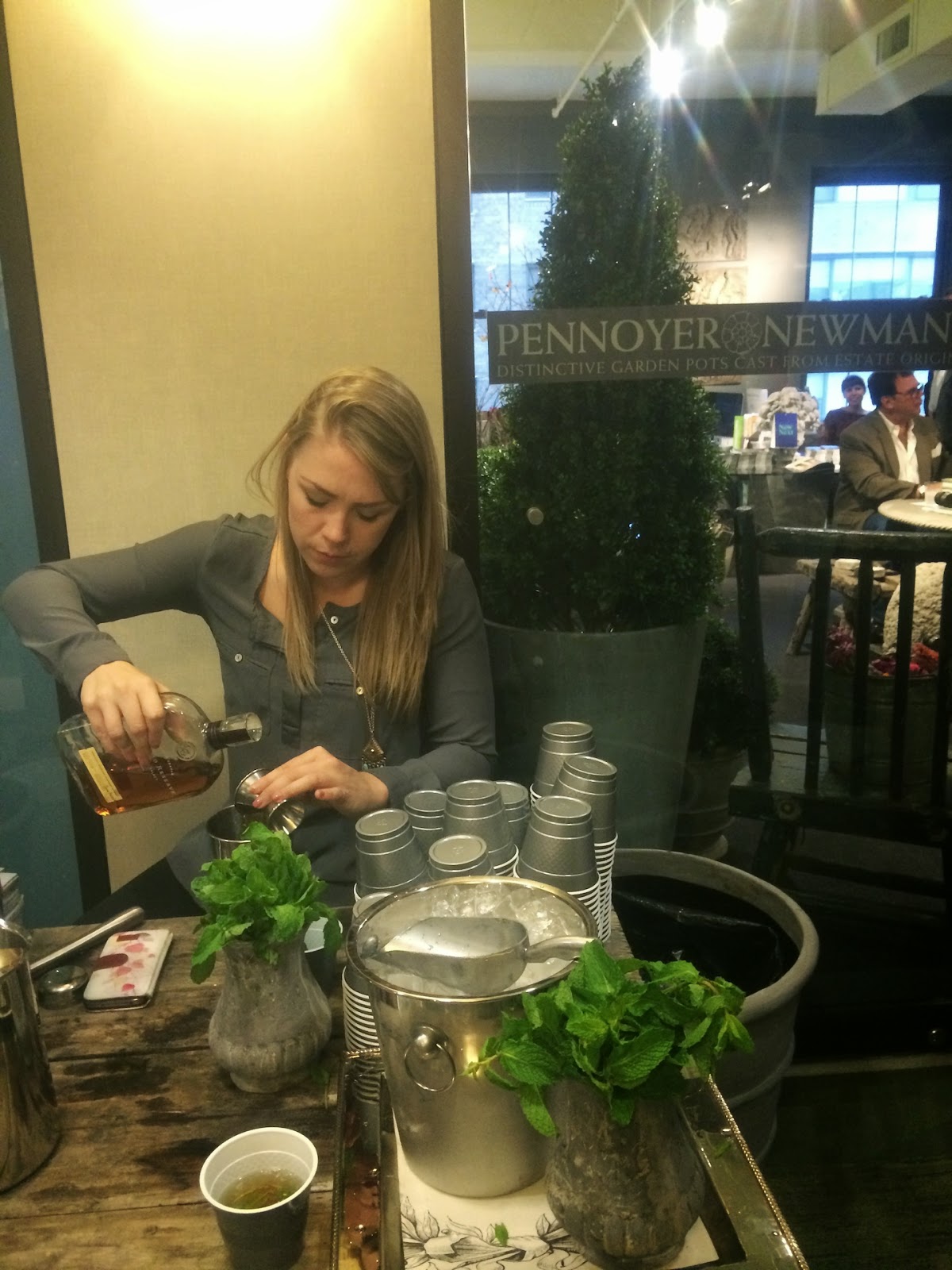 The theme was a Kentucky-Derby, southern/horsey one (Virginia is a great horsewoman)  – complete with too-delicious mint juleps,
cuisine, 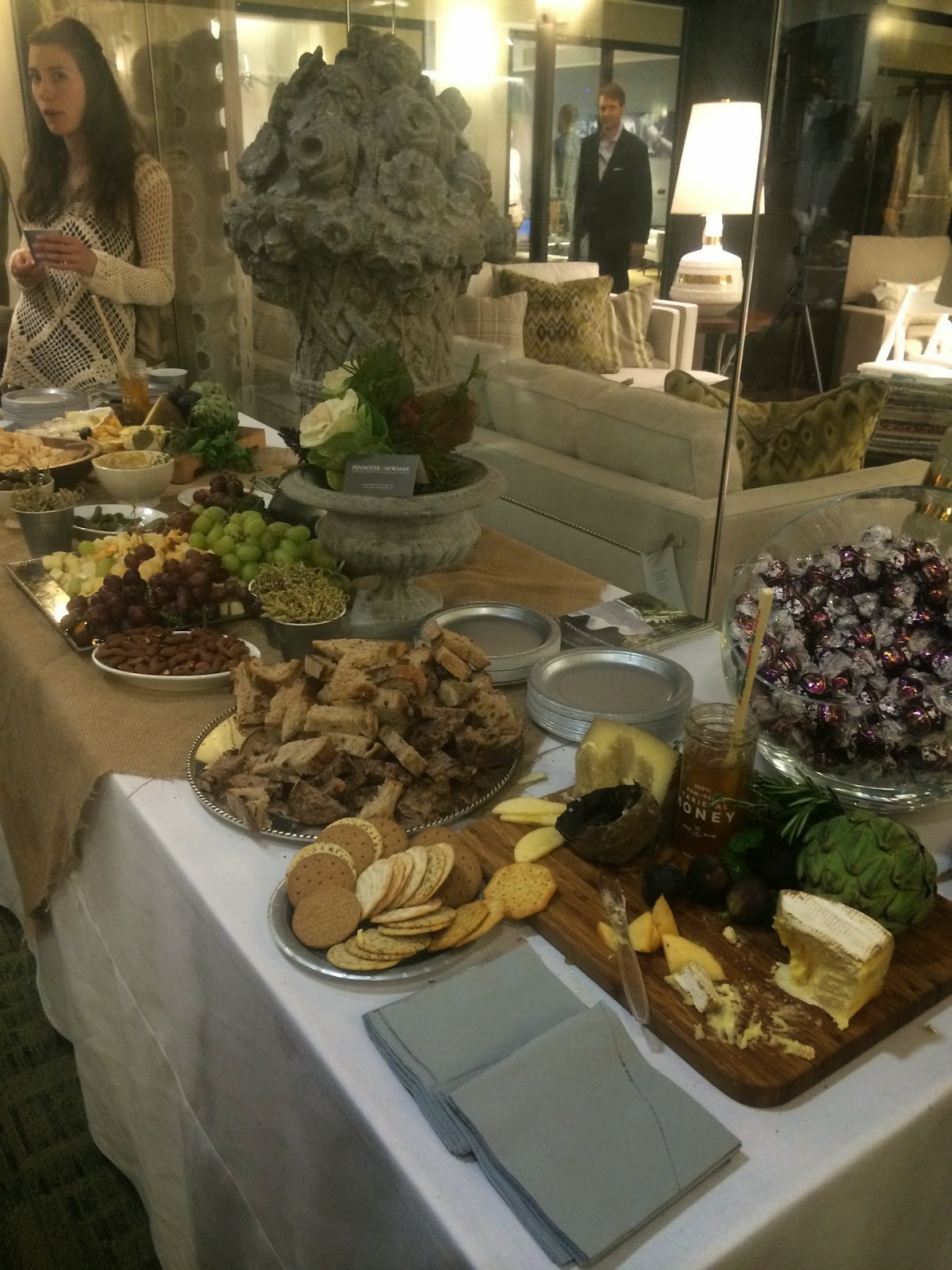 and even a Dixie band.

When I got to the Pennoyer Newman showroom door, greeted by the effervescent Virginia, I laughed gleefully, saying, “A funeral dirge, Virginia??”
She laughed too, admonishing me to just wait (the music did pick up), while ushering me in for an introduction to author and gardener, Jack Staub.

So it turned into a kind of “old home week” or a “garden network,” if you will.
See, I know Rob from my work at the Botanical Gardens where he does so much of the artful garden photography for the cultural institutions' calendars, books, and annual reports.
Jack has known Rob “For a long time.  He came out to Hortulus about 20 years ago to photograph,” Staub explained.

I learned Virginia is on the Hortulus board. 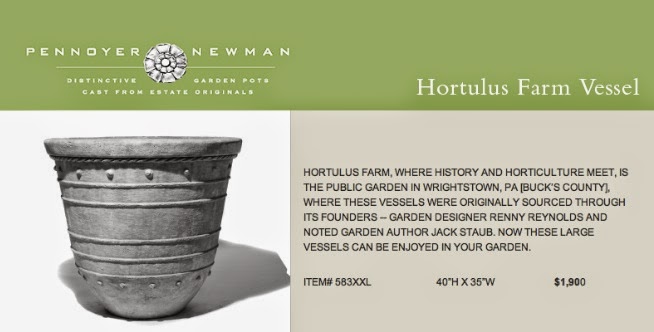 and the company’s series of Hortulus Farm XL Vessels, I made the connection to Jack’s partner, Renny Reynolds, who is a landscape designer and a Gotham-based floral designer and entertainment guru.
I adore his artful, fanciful, floral streetscapes and I know Reynolds from his work as a Brooklyn Botanic Garden board member. 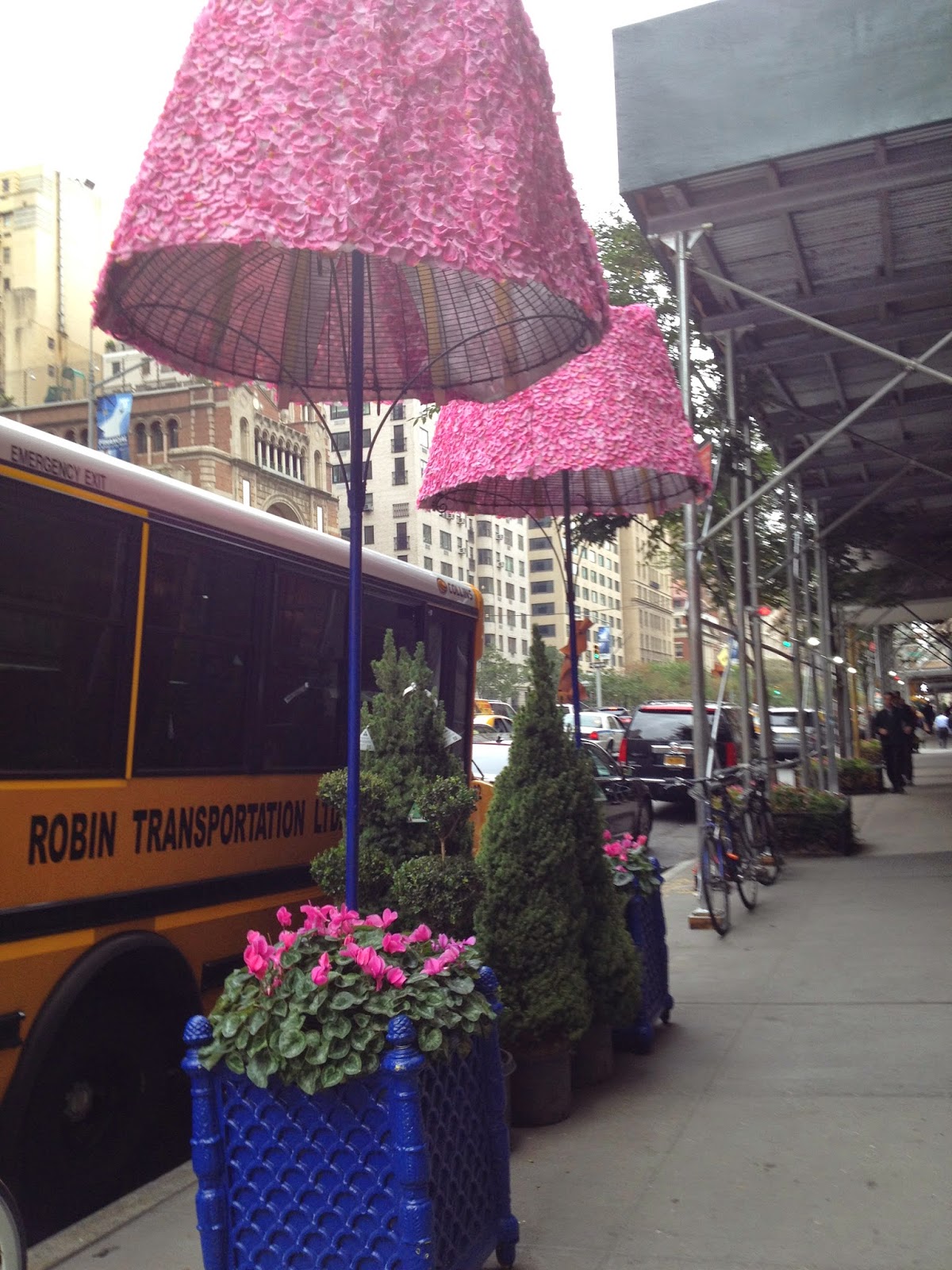 Jack was billed as an author, gardener and philanthropist.
When they told me that part of the proceeds from the book sales will go to provide coats for the homeless in Bucks County, I cheekily teased Jack that we know there are no homeless there…
Bucks County is decidedly a more wealthy country house kind of place.

And in fact, the Private Edens coffee table book is resplendent with its subtitle “Beautiful Country Gardens.” 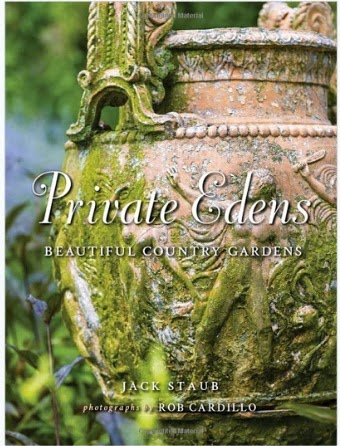 The tome is a hefty, “Look Book” -- its more than 250 pages imbued with 27 breathtaking, classically beautiful gardens of the Mid-Atlantic: Pennsylvania, New York, Connecticut, Maryland, New Jersey and Massachusetts.

Think of Jack as a private tour guide, leading you through these grand gardens.
His text is a profile of the homeowner and their passion for designing their Eden, their special, personal arcadia.

You can also read about the abundant plant palette, hardscape, and architecture.
From an overview or 35,000-foot perspective.

What’s so special about the manuscript is how it is written.
It’s presented in a way you would hear if sitting across from the landscape maestros, sipping a glass of champagne while learning about their garden’s history, design challenges, and triumphs.

This is not a DIY or How-To book.

It’s an artful, poetic discovery of a garden-infused lifestyle and the dreamers who created their private paradise.


Jack makes us see and feel their emotional, visceral attachment to their home and their connection to nature.
The gorgeous, picture-postcard images will have you leafing through the book over and again for inspiration or aspiration. Or both.

In the book’s overleaf is written what I assume to be Jack’s insight into his philosophy about the gardens featured in the book.
In part it reads, “In the end, what I discovered was that despite their considered differences… three things seemed to define them all …the essential H’s of Eden making: Heart, Home, Horticulture…”

I asked Jack if he had a favorite garden in the book.  While he looked a tad uncomfortable naming just one, he did finally cite the Cockeysville, Maryland garden as “Just fantastic – a revelation.”
Referred to as “Harmonious Convergence” in the book’s chapter heading, I can see why he’d choose this one, as I perused and reflected on this East meets West, four-season utopia.
Abundant in its presentation is a reverence for the land, the spirit of the place touches you; the pages seem to whisper an invitation to look, to walk among the thousands of trees and along the ponds and admire the Asian artifacts.
Jack writes, “Island beds adhere to the Japanese philosophy of dry garden making, “ creating a garden” being actually couched in Japanese as “Setting stones upright.”

When I asked him which of his “75” books was his favorite, he answered this query right away with no hesitation.
His favorite is his first “75” book: 75 Exciting Vegetables for Your Garden.

He said the books were out of print but that this one is probably available on eBay for $125.00!  I gasped.  How could this be?
We threw around how rare books fetch high prices...
However, I did find the book on Amazon – the Kindle edition – for $7.99.
Much better for my wallet.

In fact, all of the “75” series are available via the Kindle edition.

In a follow up email, I asked Jack why 75? Was there some significance or magic associated with the number 75?

Turns out, 75 was more of a “Goldilocks” kind of metric – arrived at because: “100 seemed too many and 50 too few, and 75 was just idiosyncratic enough.”
Ahhh, just right.

Furthermore, Jack wrote, “The whole idea was to produce a set of very old fashioned looking and reading books, based on a number of English Arts and Crafts models. The books are small volumes with beautiful illustrations, typeset, covers and endpapers, readable prose, and old-fashioned titles.”

Seduced by the Kravet fabrics I could see inside their glass showroom – looking like a dreamscape inside a snow globe, and a talk that looked like it was just getting underway, 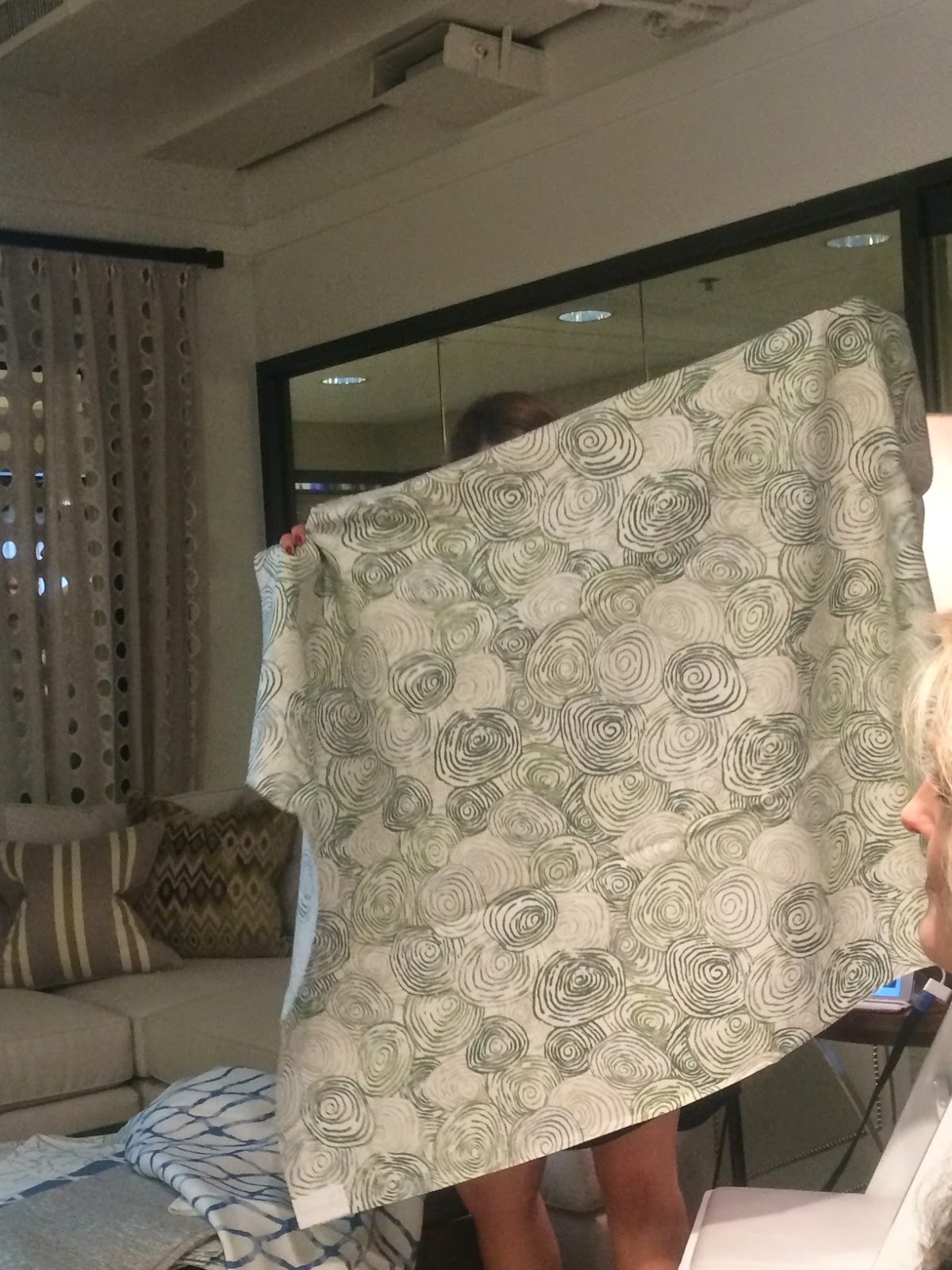 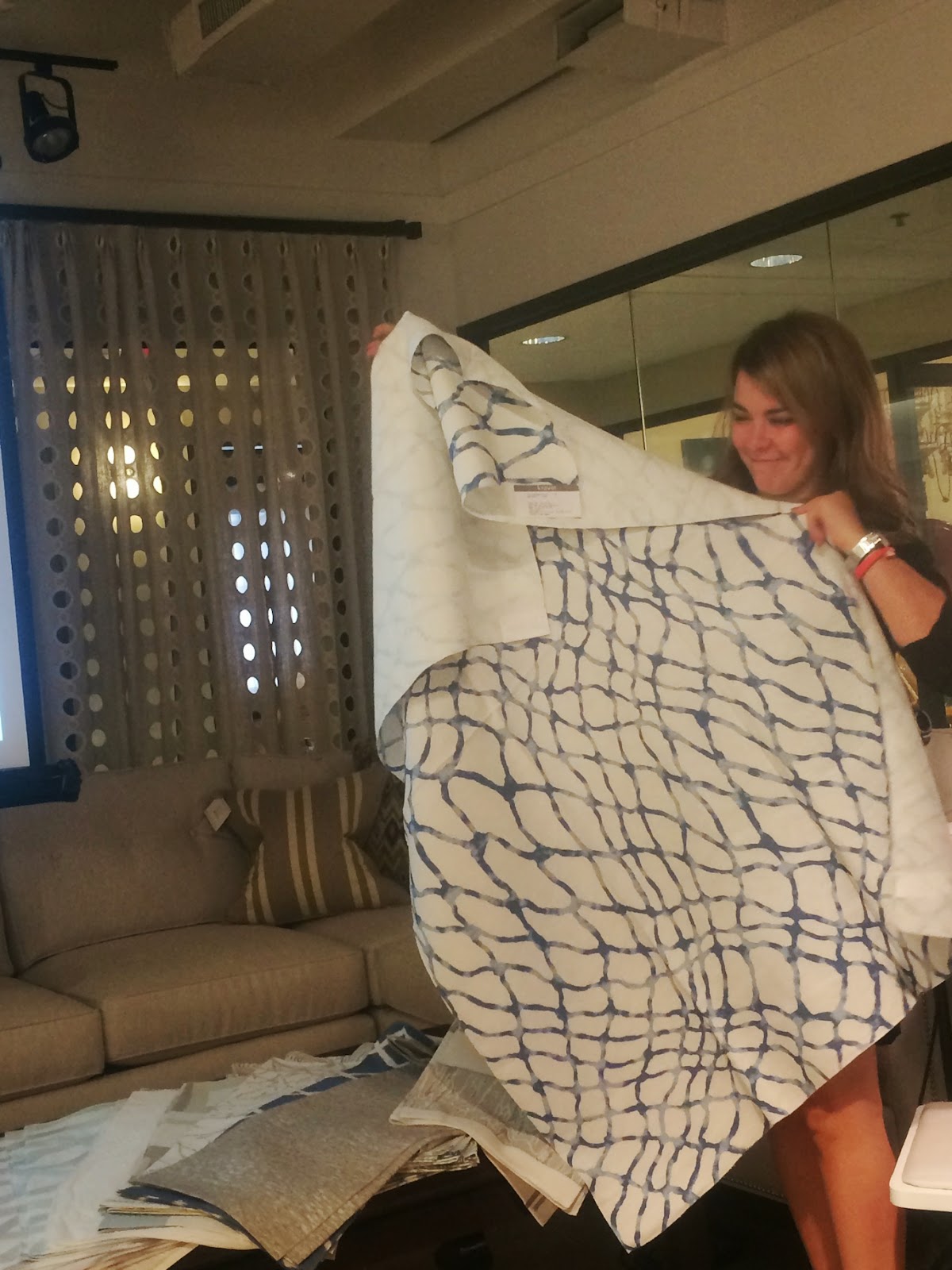 I took an empty seat and was delighted to learn about West Coast designer Jeffrey Alan Marks, his design projects, and his new line of ocean and water inspired licensed collection for Kravet. 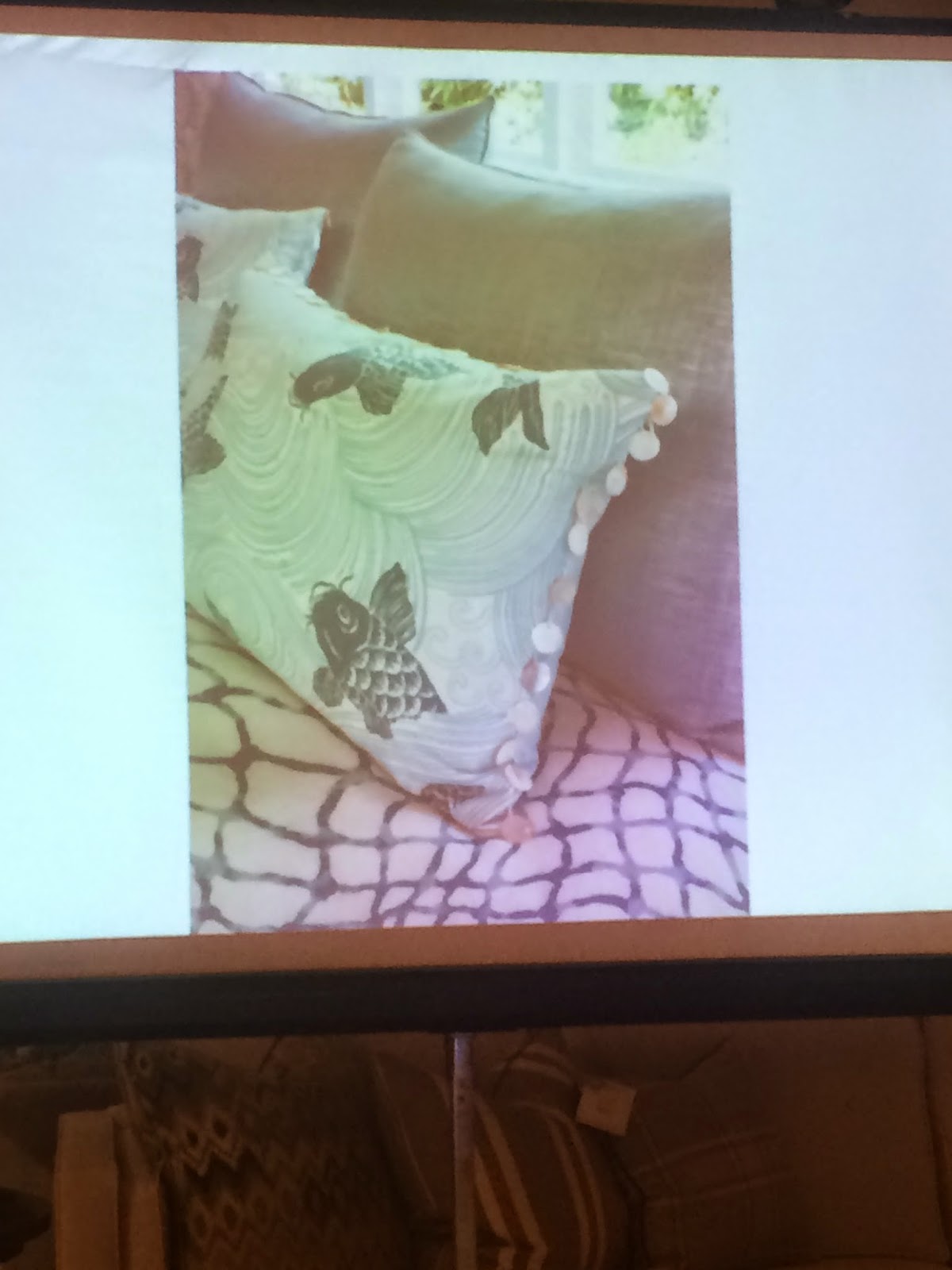 Not a fan of reality TV, I didn’t recognize the handsome designer (is that redundant?  All designers seem to have the beauty gene imbedded in their DNA. Like architects who all wear those heavy black eyeglass frames. It’s a sign of their tribe.)
Ha. 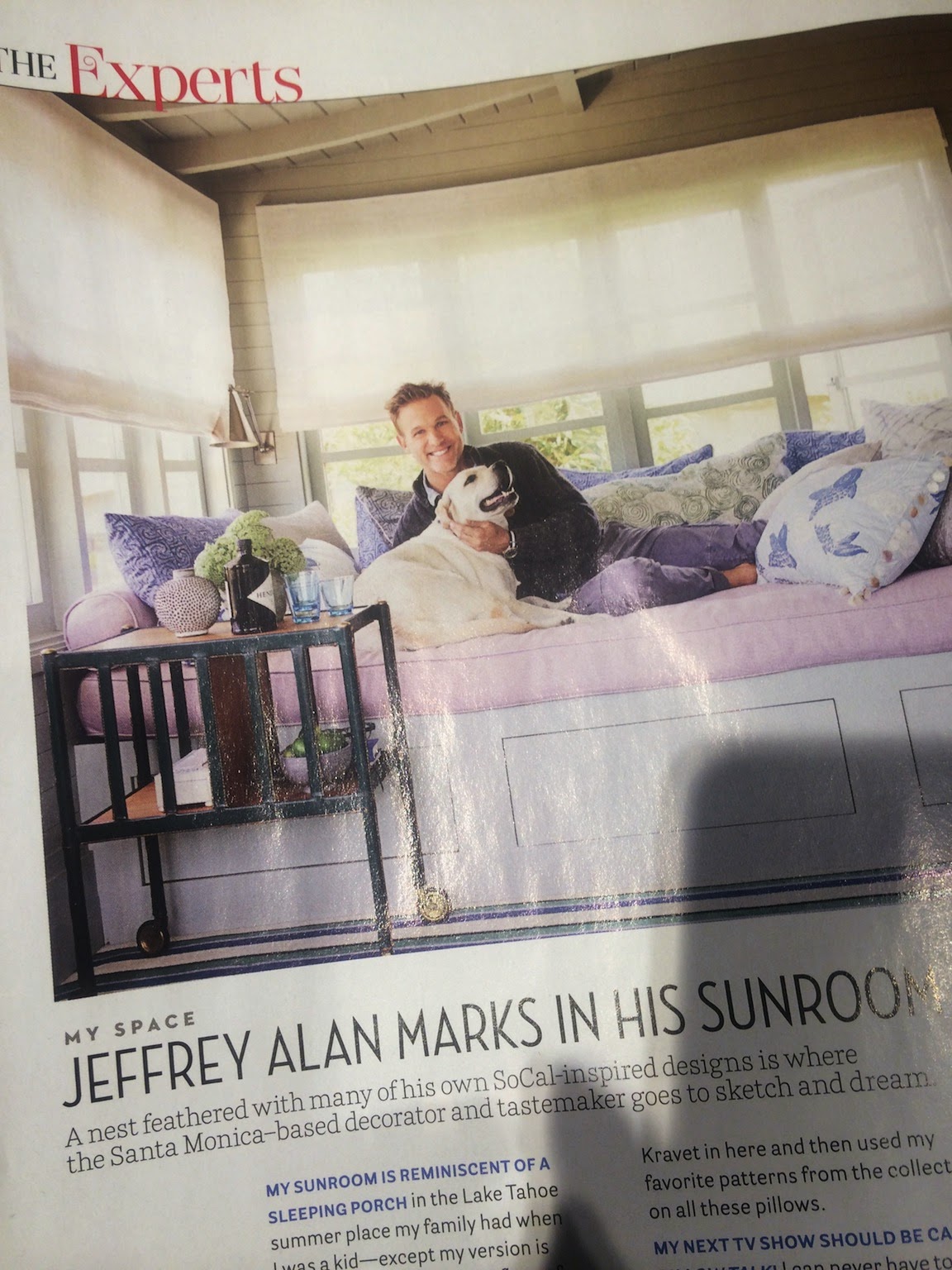 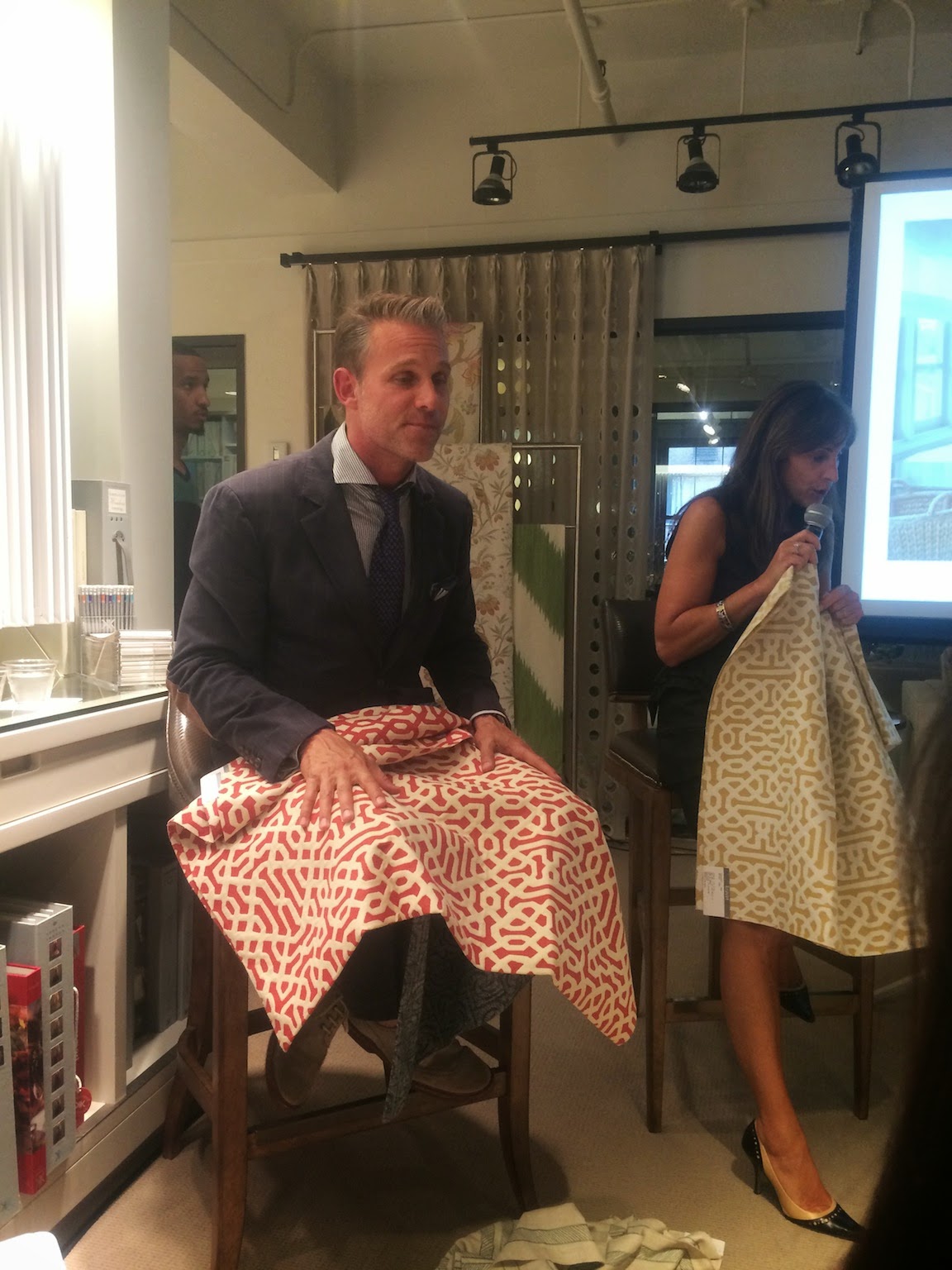 I don’t know anything about the show.
Marks and the Kravet executive peppered their collection intro with talk of Kathryn Ireland, no-named clients (Lindsay Lohan?) and the Hamptons, so I learned a little.
Enough to know I don’t like this kind of television entertainment so very much.

However, I very much do like Marks’ collection for Kravet.
The watery-inspired fabrics are dreamy, glamorous and mostly in serene-looking shades of Marks’ favorite color: blue. 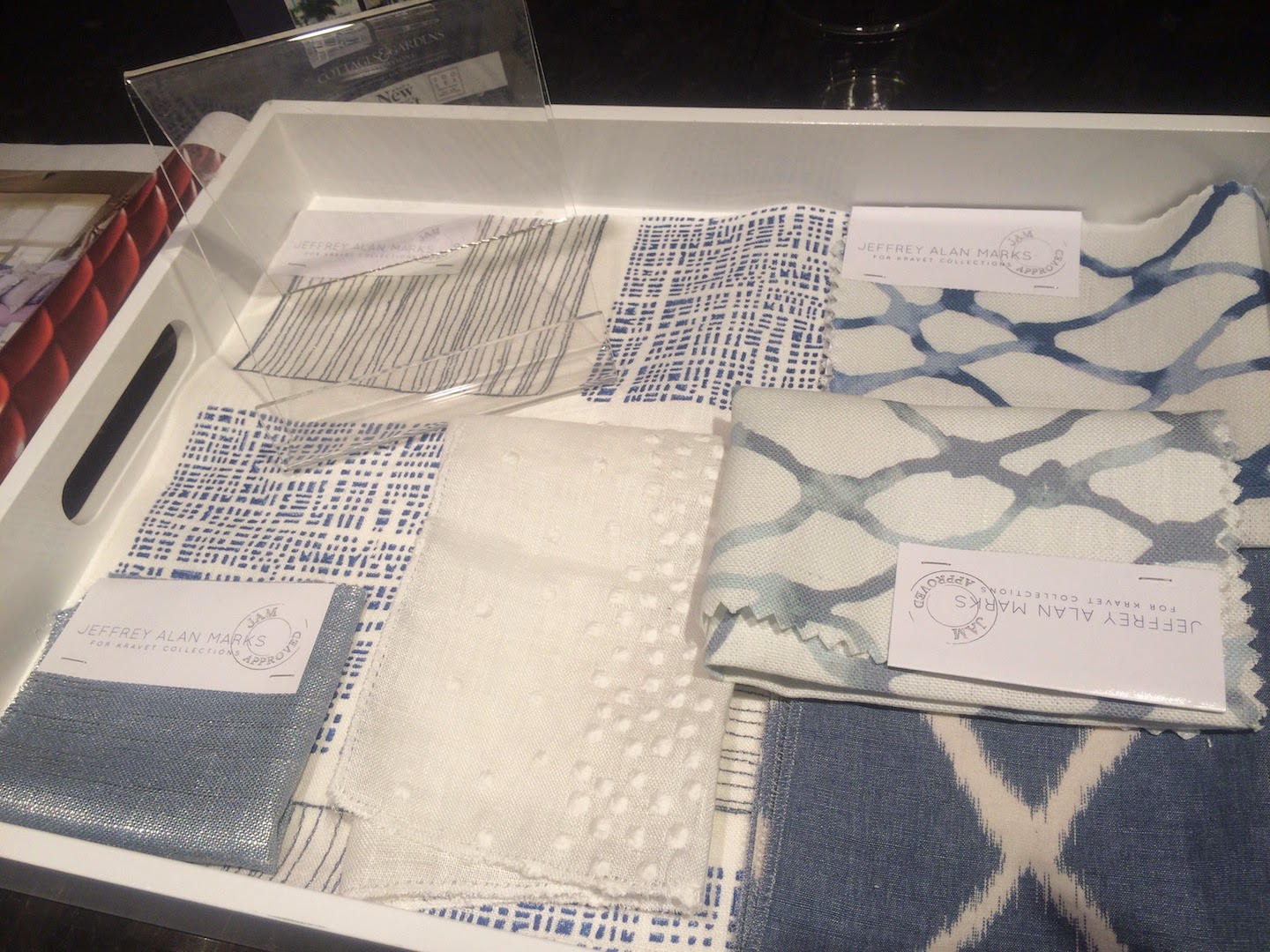 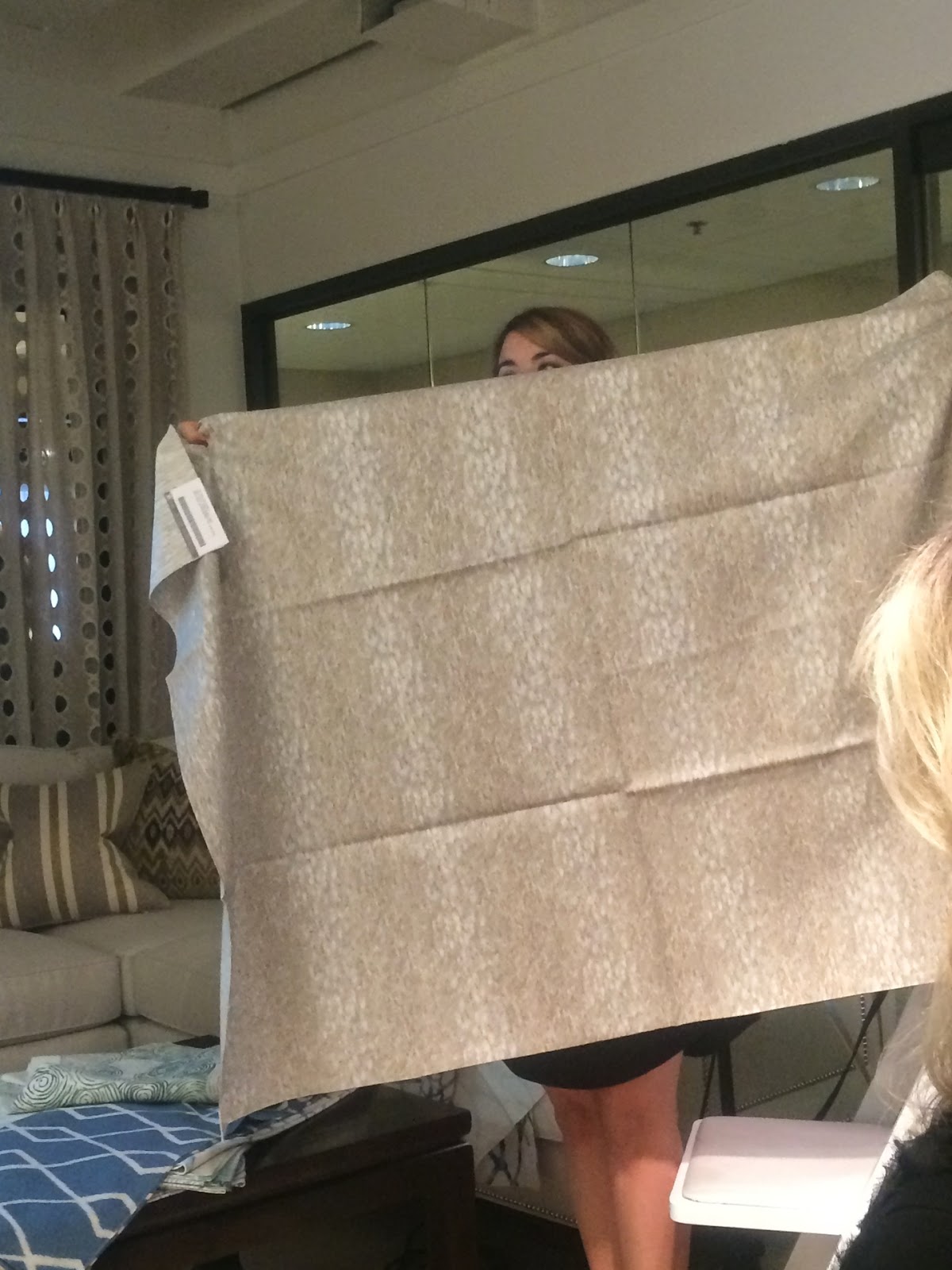 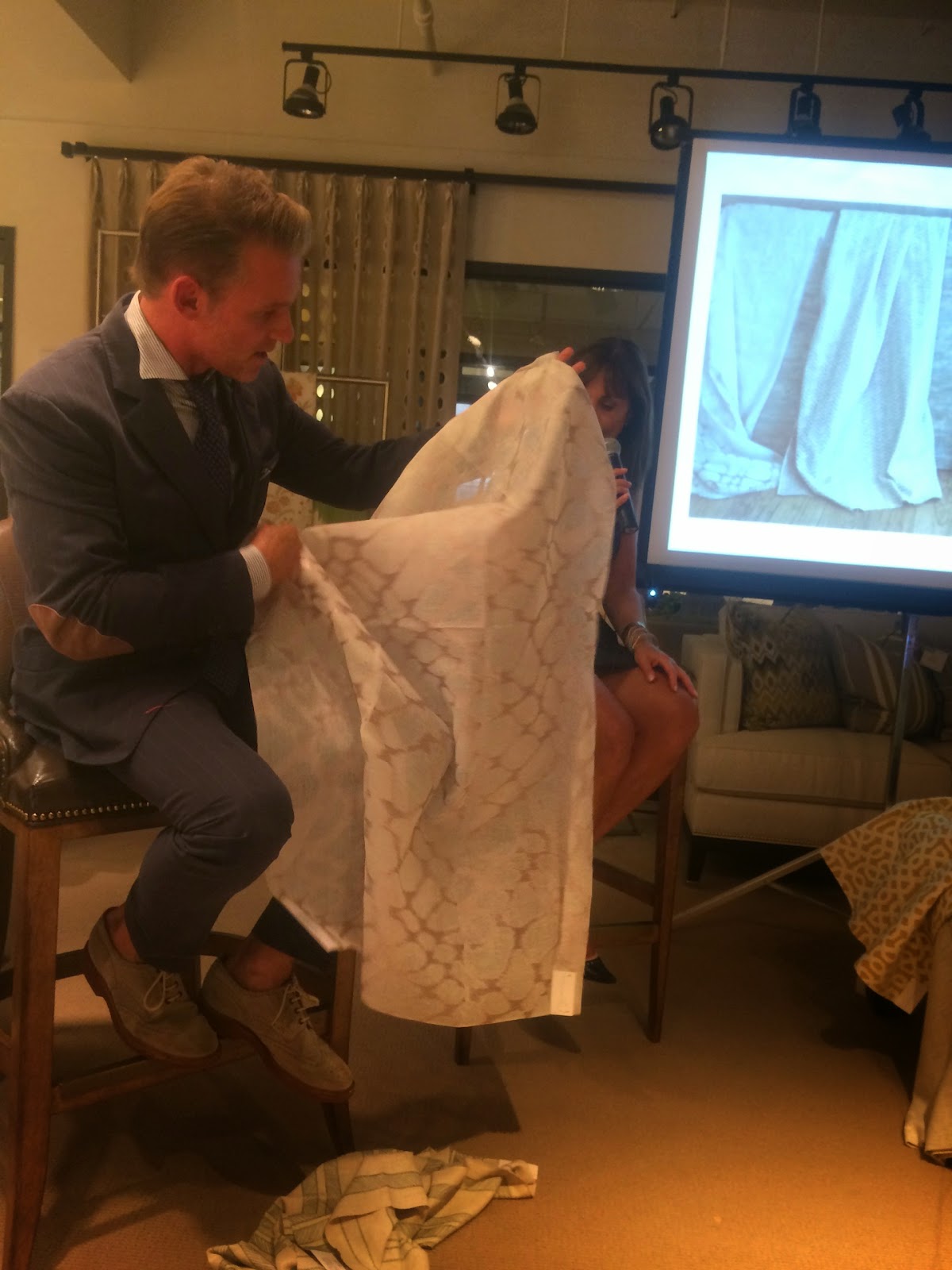 Later, at the suggestion of my multi-talented, Homegrown Cookbook interior designer/kitchen designer and decorator friend, Toni Sabatino I headed up to InHouse Kitchen Bath Home. 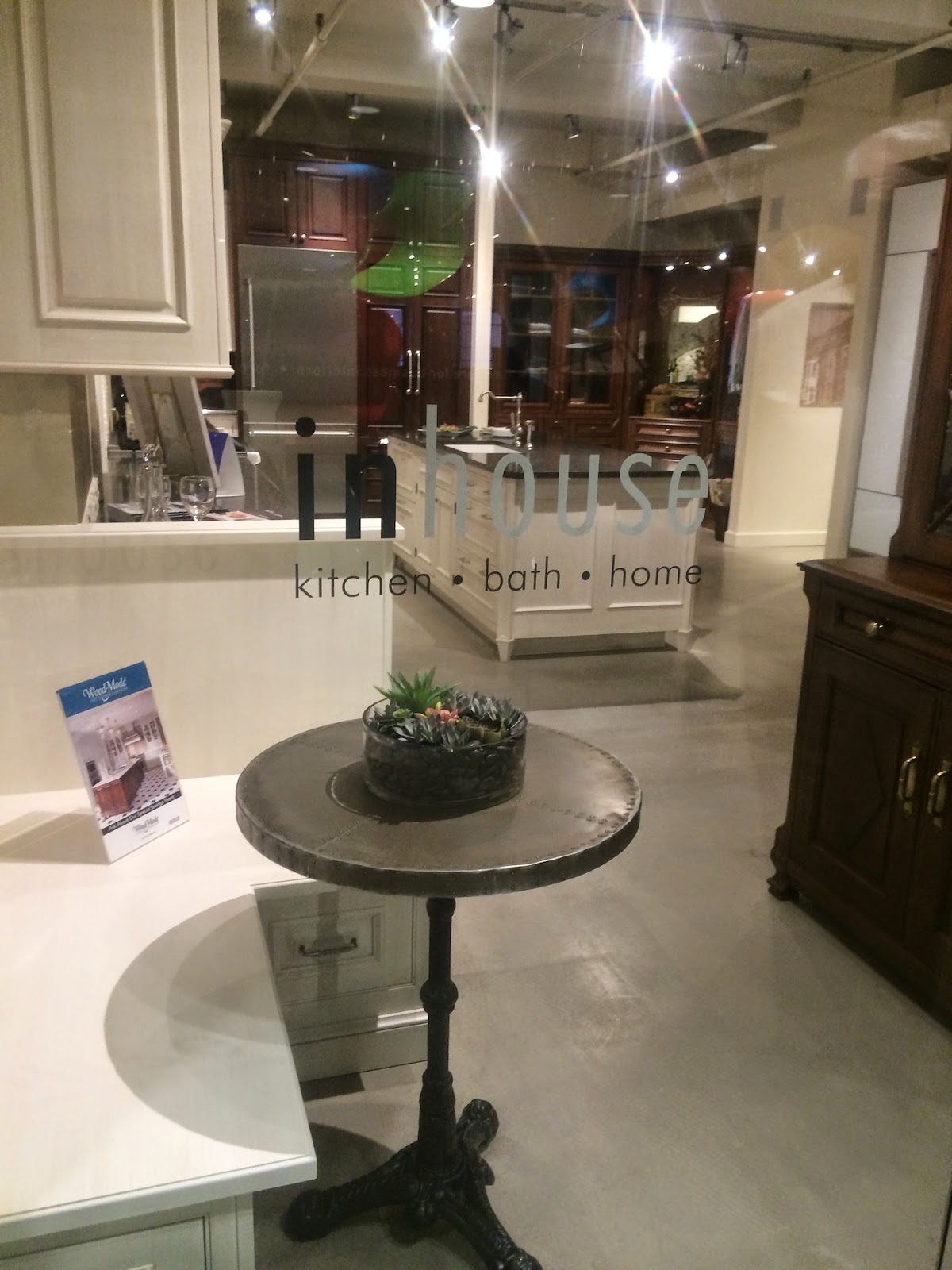 I know Toni is super successful because when she finishes a client’s kitchen project, she presents my autographed book, The Hamptons & Long Island Homegrown Cookbook perched on the new kitchen counter or island, to her happy clients.

Trust me when I say she buys a lot of books from me.  Hats in the air to Toni!

Here I not only met up with Toni and her Area Aesthetics design friend, Peggy Berk, but she also introduced me to a new design friend, Dave Burcher, Certified Kitchen Designer with InHouse Kitchen Bath Home
According to the company’s literature, InHouse was showcasing their “new designer color program with 31 exciting new designer colors in solid opaque and distinctive glazed vintage finishes.”
I could see the beautiful cabinets and armoires boasting detailed craftsmanship. 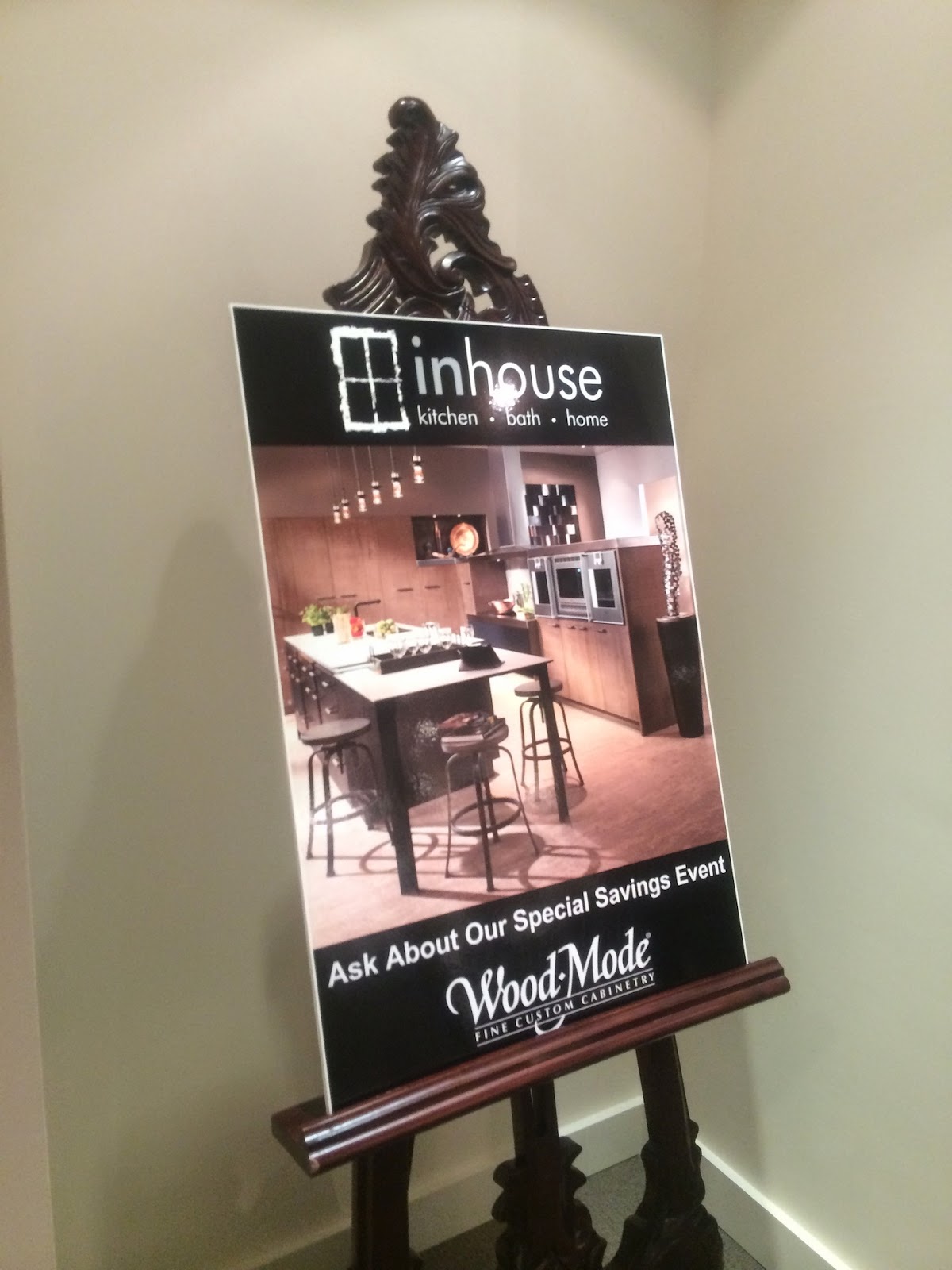 Burcher and his team were serving lovely platters of hors d’ouevres and wines from his Williamsburg neighborhood, Brooklyn Winery
I like very much that Burcher pursues all things local and homegrown.
We’re gonna talk…

It was a Garden Glamour kind of afternoon.

Then it was on to the Metrohort meeting at the Central Park Amory for a talk on what else: more gardens!
Posted by Garden Glamour at 5:24 PM