From the Ground Up: Gardens Re-Imagined 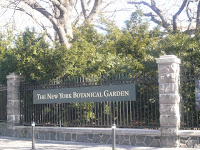 The theme uniting this year’s lecture series at The New York Botanical Garden (www.nybg.org)
was sustainability.
Sustainable garden designs.
I can’t deny that all great garden designers have pretty much always practiced “sustainable, creative, practical garden designs” (as the NYBG brochure explained).
Nevertheless, the series was entertaining, informational and topical.
The atmosphere surrounding the lecture is horticulturally collegial – we garden sprites get to mingle with fellow garden and plant lovers.
Bookending my Lecture Series experiences was high drama and zen serenity.
First Lecture:  Englishman Dan Pearson
Into The Wild

http://www.danpearsonstudio.com/
“You seem so calm… ”We’re so late,” I sidelined to Phyllis Odessey from Randall’s Island as we walked to the New York Botanical Garden (NYBG) lecture from the train station. (Manhattanites must take the train from Grand Central a few stops north.)
Well, truth be told, I was scurrying and Phyllis was the picture of calm, garden peacefulness.
“It doesn’t start till eleven. “ she said.
“No, it started at ten.” I advised.    I wanted to explain, but was conflicted about slowing down to do so.
“What?” Phyllis exclaimed.  If I’d known that, I wouldn’t have come…”
While slaloming in around the parked cars, I shot back to her the drama of my commuting saga: missed the 9:25 morning train from Grand Central because my MetroCard came up “insufficient” funds from the swipe at Union Square that in turn made me have to reenter the subway station from the other side of the street.
Finally, we were inside, ushered immediately through registration like VIPs.
(Well, there wasn’t anyone else waiting at that point, either.)
As if on cue, we split up at the door to the lecture hall door to find any available seats.
It’s packed.  SRO.
But what was bad news for the capacity audience, turned out to be great news for us:  NYBG’s vice president, Todd Forrest (in a “you can’t make this stuff up name game, he was the curator of the Garden’s Forest at one time!) kicked off the lecture – and talked a bit long, we were told later -- for about 30 minutes…
That overture, coupled with Dan Pearson’s preamble about his early childhood, put us in the perfect time zone for being seated just as the meat of the lecture got under way.
Thanks for waiting for us.
Qu’elle chance, after all J
I could listen to Dan read the phone book (lovely British accent) and his dreamy, good-looking-Paul McCartney-Beatle countenance makes for added visual stage presence.
Given his rock star status as an international landscape architect, the analogy is not too far off the mark.
Dan visually displayed work from his portfolio while providing the back story of how he got the jobs – very amusing tales; his inspiration for the garden designs: employing a very strong sense of place, amplifying that with indigenous plants, along with manifesting the owner’s garden style.
You had to be there to appreciate Dan’s demeanor.
In part, it helps explain his seemingly spiritual, ethereal commitment to natural gardening -- to creating gardens found in your dreams.
Dan is the kind of artist who always knew his calling.
Early on, he recalled, he was told to “Follow your heart.”
After seeing Wisely and Sissinghurst gardens and the Valley of The Flowers, it’s no wonder he claims to have known then he wanted to emulate nature– not control garden spaces.
Dan took the opportunity to speak about his devotion to using a collection of plants.
He prefers to employ a very large palette of plants in his designs.
He plants to encourage wildlife in the garden and to maximize an outdoor space to better experience every season.
He reminded us of the sheer beauty of a garden’s ability to constantly change.
It’s never boring.  (Don’t over manage a garden.  It’s silly)
He regaled the audience with the story of how he was hired to redesign a family estate garden in Torrecchia, Italy.
The wife saw his work at the Chelsea Flower Show while in attendance; phones him the next day to confirm he’ll take the commission; June 1st he is flown to Rome and she picks him up in her small red convertible sports car.
Drives very, very, very fast to the “medieval hill village of her family – while chain smoking!
In describing a Los Angeles garden design – especially the hardscape - he demonstrated how good gardens reflect that ‘sense of place’  -- a contextual classicism that is never out of style -- that unique “only-here” feeling that mimics Mother Nature’s local “look.”
He also said “A garden is like a good clothes horse.”
In other words, the plants will make the structure - - or the “bones” of the garden sparkle in every season, while always connecting with the owner’s style.
Did I say I loved Dan’s use of fashion-as-style metaphors and artsy references?!
His work went on to embrace large land forms – architectural gems he creates that are vast, rugged. 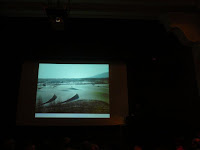 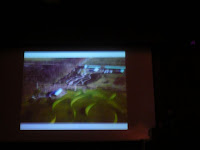 One of his earlier designs like this is the Yorkshire Broughton Hall, located not far from Leeds in England.
I was charmed by his research for the dry stone walls – part of the local vernacular of course.  English estate landscapes employed a series of similar walls – they were called a Ha Ha and used to keep the livestock from getting too close to the “house.”
(Can you guess why they were called Ha Ha?  You have to love that English sense of “humor.” ^:^)
Here Dan worked in a limited style, using sweeps of perennials, and was mindful of the garden’s maintenance for this 2-acre site (there are one to two gardeners a week to do all the work.)
But what must be his favorite project – certainly it seemed his most dramatic—is the Millennium Forest, (http://www.tmf.jp/index_en.html)
Curiously, or ironically, or logically, the project to maintain and, in some areas, reproduce the area’s pristine forest that is being encroached by farmland, is funded by a successful newspaper magnate… (trees=paper—I know you get it, but just in case…)
Dan’s description of how he got involved in the Millennium project sounded somewhat like a friendly fraternity hazing.
About 10 years ago, Dan was contacted by Mr.Takano, the landscape architect for a prominent newspaper magnate.
In the Japanese tradition, there were a series of meetings before any formal agreement was considered.  Mr. Takano was gauging how he and Dan and their client might work together – spiritually, philosophically and physically.
Finally, lured to the Forest by Mr. Takano’s invitation, the two experienced the forest in a -35 degree Fahrenheit winter evening final “test” including hot springs and – what else – a shared beer.
It wasn’t long after that when Mr. Takano asked Dan to prepare a master plan to create a sustainable environment there – that would last for 1,000 years and at the same time, become an ecological park where people would be prompted to ask, “What does it mean?”
Acknowledging there is a national Japanese reverence for nature, Dan suggests it can more often than not, be one step removed.  Not unlike most of the rest of the world’s increasingly urbanized populace, most Japanese lived in an environment with little connection to nature.
So while Dan and Mr. Tanaka and the team may have changed the topography, created mystical pools and paths and siting areas for visitors. 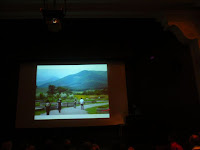 Dan also created the land forms that seem to touch the sky.
One of his favorite recollections about dealing with his on-site Japanese team from his remote English location – was after the first snowfall, was getting a call from saying his natural, land form mounds were said to look like  “a series of meringues.”
Come on, does it get any frothier than that?   Sigh… 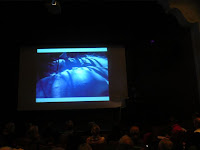 Dan employed 19 different planting combinations – each has 5 or 6 different plants sizes and blooming times (depending on vigor or “like DNA”
He used 35,000 perennials (hakone to hosta to cimifuga)
He used natural trees and a palette of perennials – many North American -- and mixed them with Japanese natives to combine native and exotic has general, global values so that visitors will note than their own natives.
Moving on to the Q&A, Lyndon Miller asked, “How does the Japan project sustain itself?”  Dan said, “ Good question.” Then elaborated.  “Education – they’ll develop programs and classes to attract a paying audience in addition to generating visitors.”
The benefactor/magnate will continue to fun the project for 10 years.
Dan signed books for the attendees. 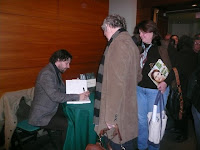 Here I am with Dan: 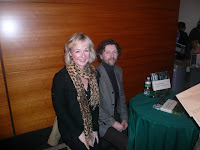 Posted by Garden Glamour at 5:26 PM