A $2.5 Million gift has been announced to ensure the operation and maintenance of the White House Kitchen Garden initiated by First Lady Michelle Obama. The donation will be made by the home gardening company, W. Atlee Burpee, and The Burpee Foundation.

According to George Ball, chairman and CEO of the 140 year old Pennsylvania based Burpee, establishment of a formal vegetable garden at The White House resurrects a tradition that goes back to John Adams and Thomas Jefferson. “As America’s leading home gardening company we recognize the importance of continuing The White House Kitchen Garden and developing its educational activities in support of The White House initiative.” 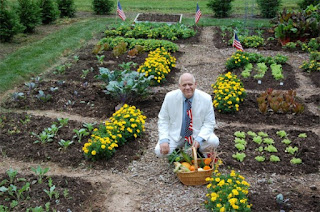 The gift will be made to the National Park Foundation (NPF) to cover direct costs to expand and maintain the Garden. The donation is a long-term commitment to the preservation of the White House Kitchen Garden. 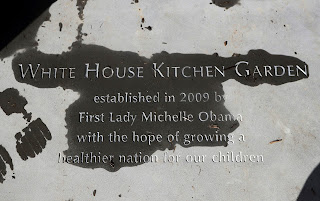 “Everyone at Burpee is proud of the First Lady’s ‘Can-Do!’ attitude,” Mr. Ball says, “and we hope that a well-conceived long-lasting version of The White House Kitchen Garden will be fully supported by ensuing Administrations for so long as The White House serves as the residence for The President of the United States.” 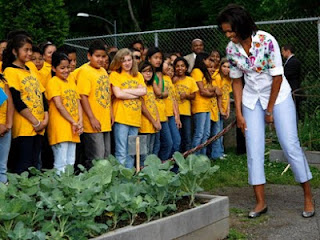 Burpee has been working with the NPF for more than two years to help reverse the dramatic loss of bees and other pollinators. The company donated more than one million seed packets to help home gardeners plant gardens that attract bees and butterflies. The packets were distributed free of charge to visitors to national parks throughout the 2015/2016 season.


Funding for the donation will come from W. Atlee Burpee Company, a privately owned home gardening company in Bucks County, PA, and The Burpee Foundation, which was established in 2003. The Burpee Company breeds, produces and distributes seeds and plants of vegetables and flowers both nationally and internationally.


The First Lady of the United States commended Burpee and The Foundation for its generous gift in support of the future preservation of The White House Kitchen Garden and its impact on her “Let’s Move!” initiative, at a ceremony, Wednesday, October 5th, on the South Lawn next to the Garden that she planted in 2009. 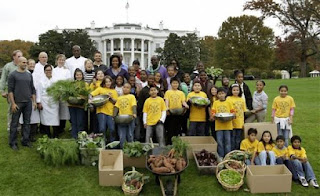 Thank you, Burpee. And First Lady, Michelle Obama - for your vision and integrity and dedication to all things Homegrown.