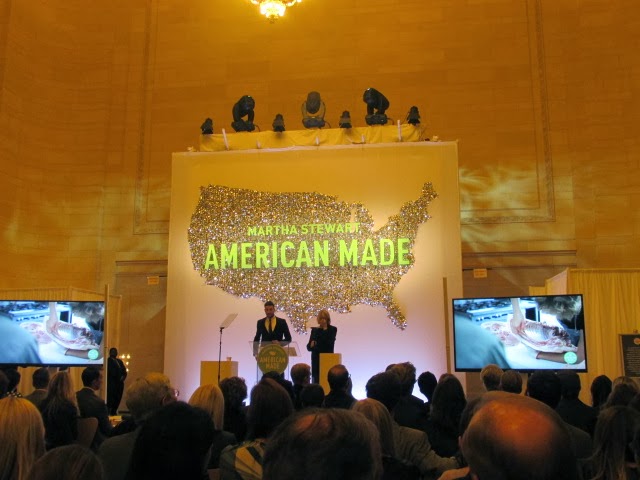 Nine of the country’s most innovative entrepreneurs are recognized across the categories of craft, community, food, design, technology, sustainability, garden, style and industry.

HONOREES CELEBRATED AT THE AMERICAN MADE AWARDS NIGHT IN NYC

American Made
Researching the November issue of Martha Stewart Living magazine for Thanksgiving food and drink features, the “American Made” story popped off the pages.
These narratives are exciting, enduring, plucky American success stories that dare you not to be inspired.
With their down-home doggedness and their homegrown optimism, one is hard pressed not to replicate their fuel-injected American dreams.
This project – its recognition and the makers who nurture the concept are important. Recognize the need to support local businesses.
These are the true local, homegrown job creators. They are the doers and the dreamers…

I was an invited guest to the Second Annual “American Made” awards event held at the very fitting “Crossroads of America:” Grand Central Station’s Vanderbilt Hall. 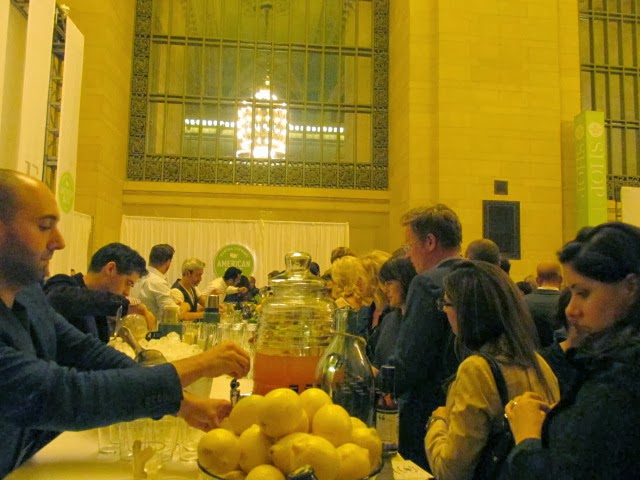 Here, the glittering chandeliers and marble-walled event space paid homage to the cocktail and awards show, tastings, and showcase for the artisans and entrepreneurs honorees and their hand made creations. 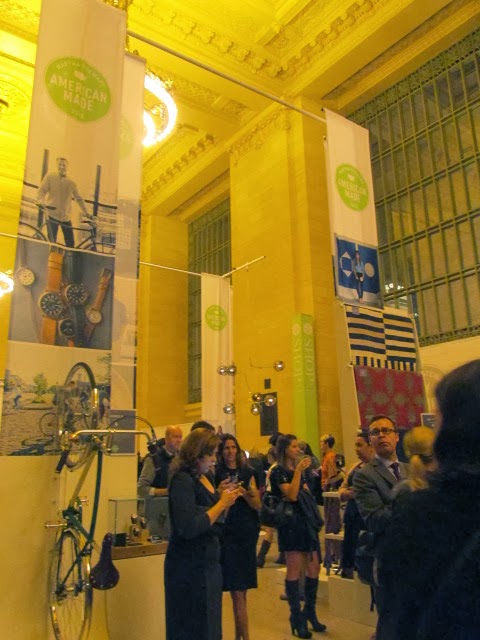 (At last year’s American Made premiere, I also attended the intimate kick off cocktail reception and the awards showcase http://www.examiner.com/article/martha-stewart-american-made-awards-honors-game-changers

The halls were abuzz with guests, honorees, tastings and anticipation. 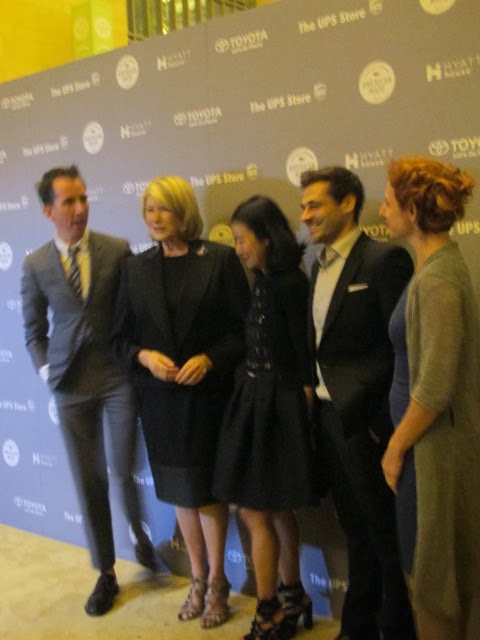 From the “red-carpet” (that was decidedly more green to gold), I asked the goddess of creative entrepreneurship, Martha Stewart, “What’s different or changed from last year’s inaugural ‘American Made?’”  She thought for a second – all the more time to admire those glittering Manolos she sported – and then she pointedly quipped, “This year is a Better American Made.  We grew the number of voters to 5 million and had entries from more than 2,400 candidates.”  Martha added, “This shows a lot of interest for the art of the craft. That makes us feel really great and really proud.” 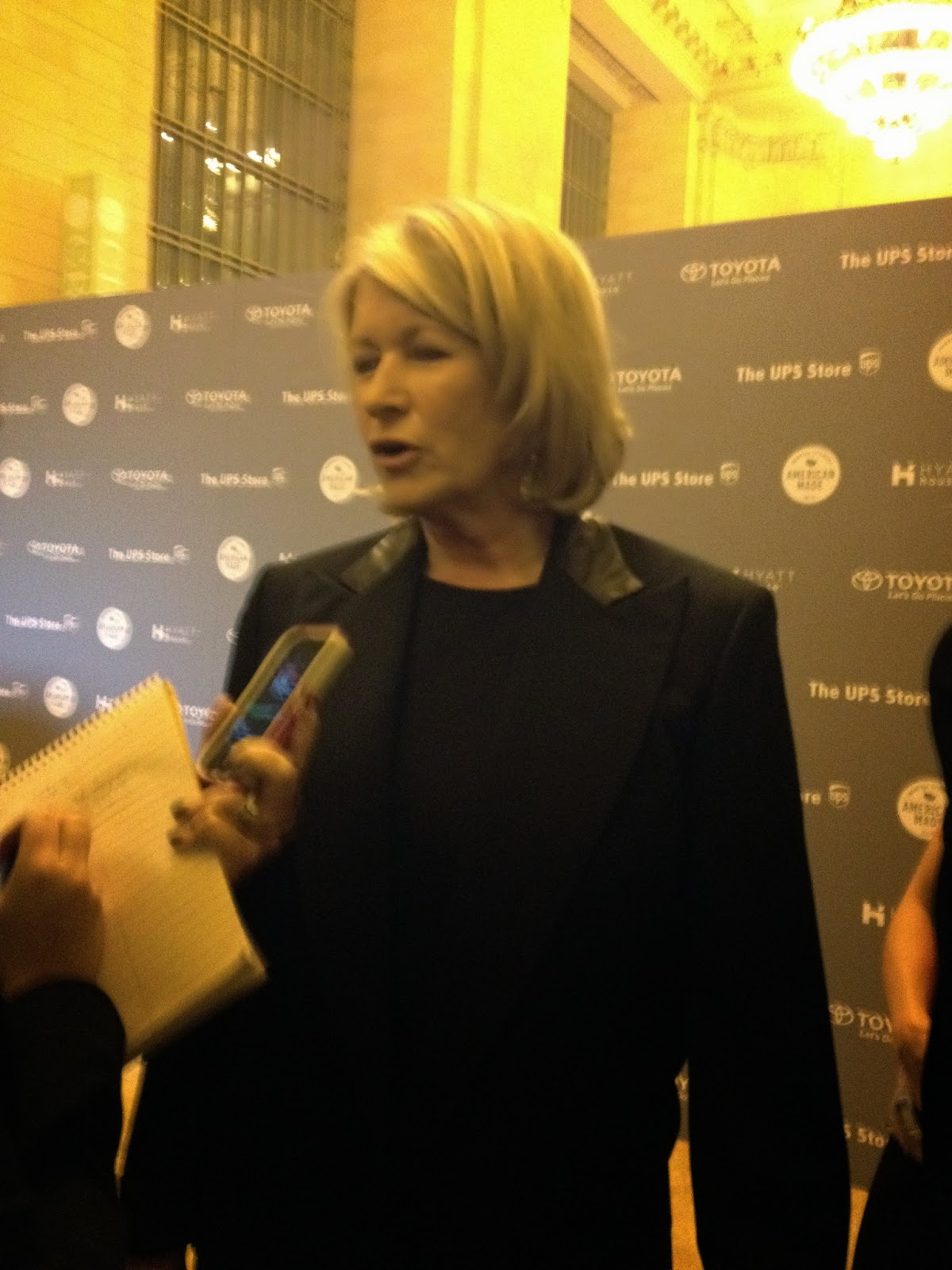 In addition to Martha - stars of the celebrity media walk included the evening’s co-host, Bravo Network’s, Andy Cohen.  He is a good co-presenter as this man seemingly knows everyone and can talk a blue streak! 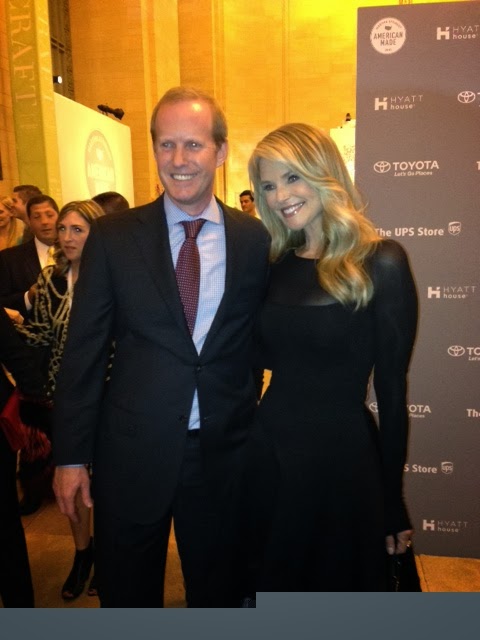 Brinkley was also somewhat curiously, the presenter for the Garden Maker Award… 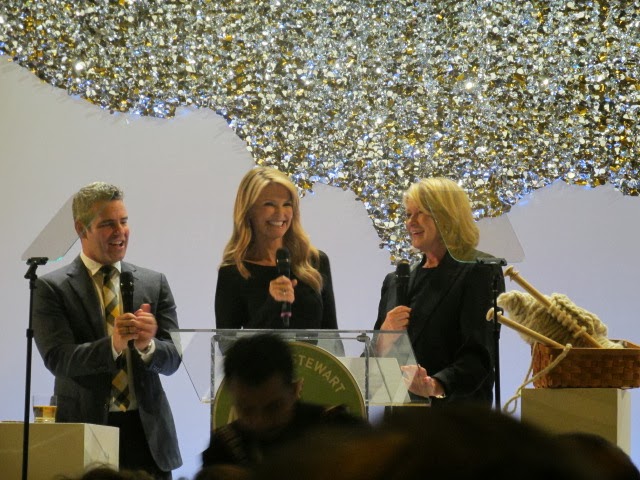 Yes; Brinkley has a garden on the East End but still…I hope it’s not cheeky to point out that there are so many other true gardeners who could have been a presenter.  I know, I know – Christie is an avid supporter of the Land Trust and for that all thank her.  Plus she remains irresistible eye candy.


The Chew’s Carla Hall was pert and oh-so-much taller than she appears on the small screen. 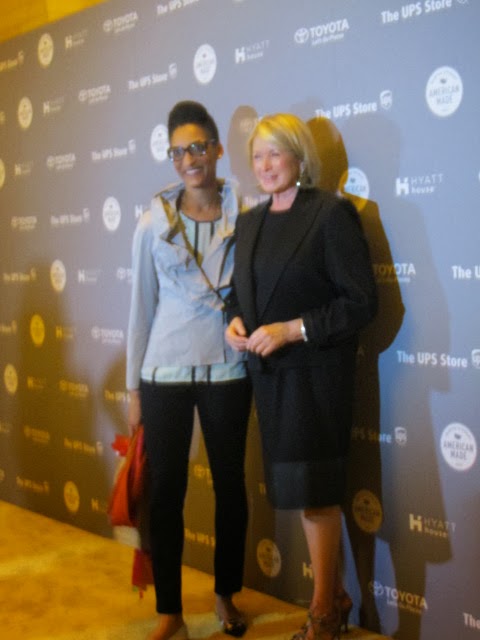 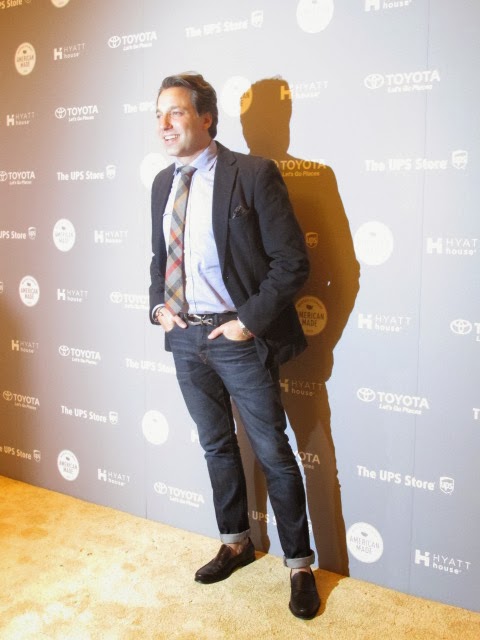 And the former “Queer Eye for the Straight Guy’s interior designer, Thom Filicia was styling and showing that sockless-loafer look.


Conversing the Concourse
Rather than take the ubiquitous and evidently popular route that most guests chose; which was to sample and taste the food and drink to the exclusion of the honorees, I did the over-achiever-girls-do-extra-credit thing and visited all the showcased Makers, interviewing them and learning what brought them to this hallowed moment.
No worries, readers can take it to the bank that there was still plenty of time to sample the craft cocktails (the whisky cocktail was wowsy – smooth and nutty in flavor) fresh oysters and other treats. 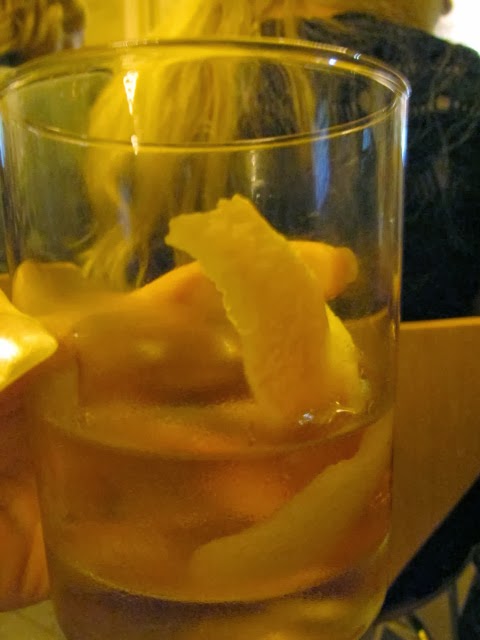 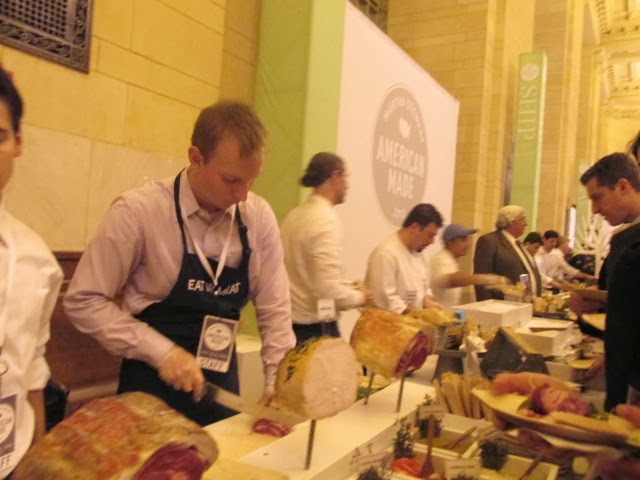 Not unlike a dynamic museum, the Martha team curated and displayed the honorees in a way that screamed, “More time, please.”
Yet moving from cherished Maker to enterprising craftsperson around the perimeter of the “room,” I was able to sample a kaleidoscope of creators from the guitar-making specialist that got him into wood craft. 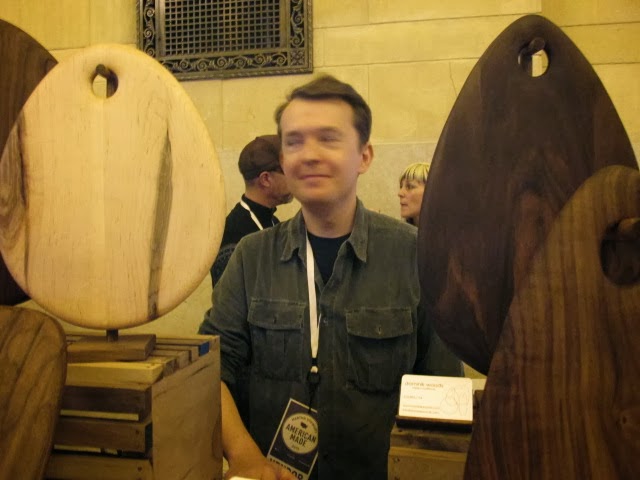 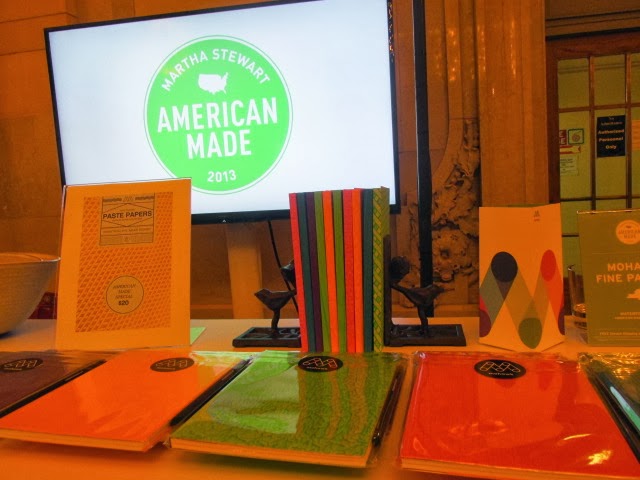 to Sweet Too Hills Candy to America’s Oldest Confectionary: Shane Confectionary known for their buttercream chocolates and clear glass-like creations  - they make memories they say. 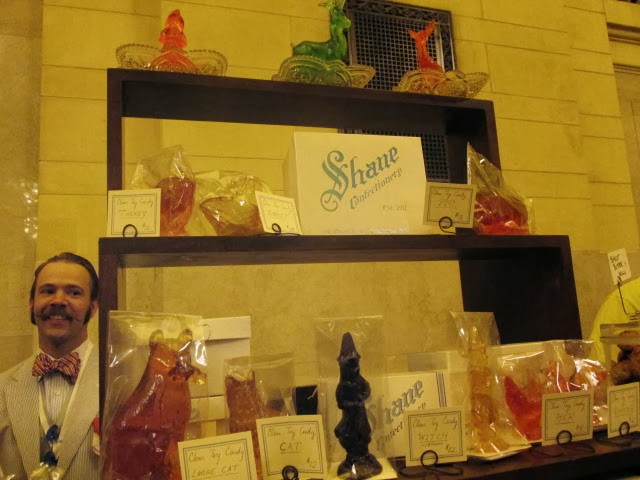 There was also the Heirloom Chiles–grown in Maryland for award-winning Woodberry Kitchens.
Woodberry’s Spike and Amy Gjerde devotion to local food and their growers should earn them sainthood.  “In a conventional model, so little of the food dollar gets back to the growers,” says Spike.
Let’s change that. http://www.woodberrykitchen.com

Loved the Back to the Roots mushroom growers. Founders sell grown mushrooms “kits” to give American families the opportunity to grow their own from – drum roll – food waste!   https://www.backtotheroots.com/about-us 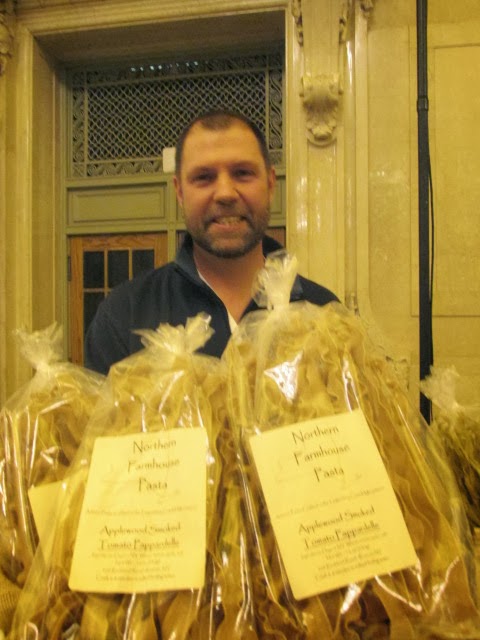 The Northern Farmhouse Pasta is crazy good. http://www.northernfarmhousepasta.com
This family owned business used local flour, chees and produce to make pastas and raviolis. Dream wild ramp, scape, basil and zucchini blossom – and more – for fresh and dried raviolis and pastas to melt into pasta heaven. “We grew own business in Brooklyn from our farm Roscoe, New York location and the homegrown pastas are available at more than 25 local Greenmarkets. They work with Cayuga Pure Organics http://cporganics.com
“We pick up 500 pounds of flour at about 2 am Saturday to make our 100 bags of pasta.” 
Nine of the best garden, craft, community, food, design, technology, sustainability, and industry makers were recognized at the awards ceremony and in the November issue of the MSL magazine.
Every category was introduced by a guest presenter - an expert in their field, and a short video preceded their award acceptance.

The food and drink award-winning artisans were presented by Bobby Flay: 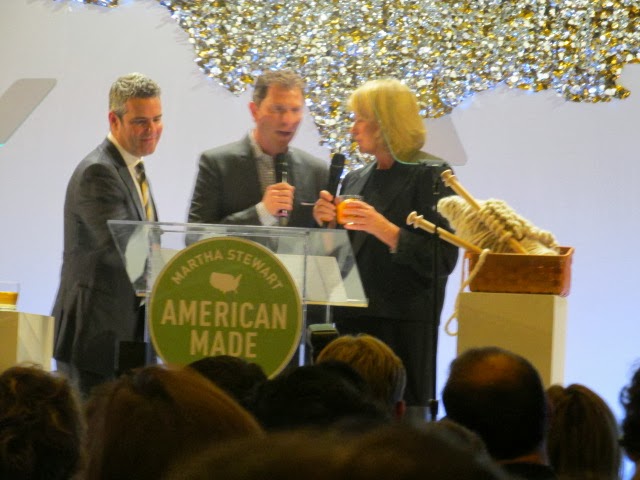 Sustainability: Portland Meat Collective, Camas Davis – Portland, Oregon
The Portland Meat Collective www.pdxmeat.com
brings local meat to local people. It’s a network of Portland citizens who are looking for a cost-effective way to buy meat directly from Oregon’s small ranchers and farmers. While the PMC draws on meat CSA models that have popped up around the country, it is also an up-close-and-personal traveling butchery school.

Garden: Back to the Roots, Alejandro Velez & Nikhil Arora – Oakland, California
Back to the Roots www.backtotheroots.com
was founded by Alejandro Velez & Nikhil Arora. Inspired by the idea of turning waste into wages & fresh, local food, they decided to forgo the corporate route and become full-time urban mushroom farmers, producing grow-at-home mushroom kits

The standing room only Ceremony began with delightful video welcome from NASA astronaut Karen Nyberg who said she was proud to say she is a crafter.  Nyberg noted she brought her craft to space with her. 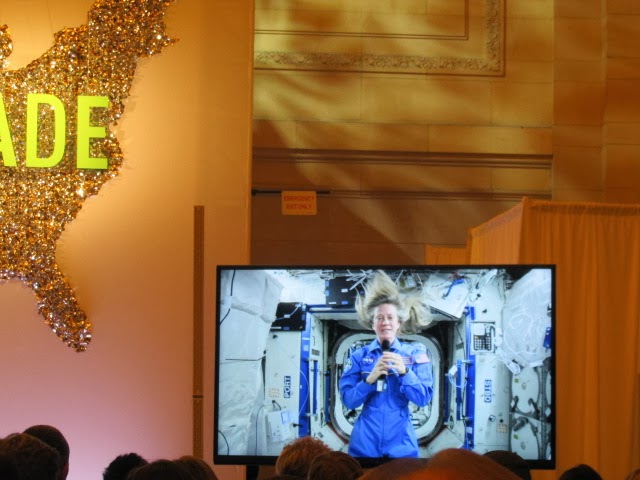 A true enthusiast.
“American Made” is a movement for individuals and communities that have turned their passion for handcrafted, well-designed goods into small businesses. With small businesses in the U.S. creating the majority of new jobs.

Be sure to check out the web sites of these crafters – a holiday gift from any of them is vote of love and support for these American treasures.

Posted by Garden Glamour at 9:25 AM